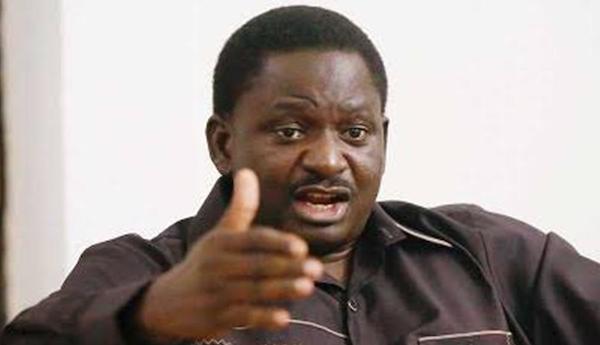 The Special Adviser to President Muhammadu Buhari on Media and Publicity, Femi Adesina, has told Nigerians they should be thankful that bombings do not happen in the country every day as was the case in the past.

Adesina, who said this while appearing on Channels Television programme, Sunday Politics, on December 20, insisted that the security situation in Nigeria under Buhari was better than what it used to be under past administrations.

While responding to a question on the rising cases of insecurity in the country, Adesina said there was “a time in the country when six bombs would go off in a single day but since Buhari took over power in 2015, the bombings and killings have reduced.”

Adesina added that killings and bombings in the country did not happen with the same frequency they used to happen before Buhari came into power, noting that these days, Nigeria could go for weeks and months without any such incident.

Insisting that security had improved greatly under Buhari, Adesina said:

“There are times, a week, two weeks, even a month that you don’t have all these things happening. There was a time in the immediate past when they happened daily several times. You talked of one bombing within three or four days. There was a time in this country when bombs went off like firecrackers every day.

READ ALSO: ‘Do you have to mock Nigerians at expense of your self-respect?, Fani-Kayode faults Adesina’s comment on bombing

“Life is taking the rough and smooth together. So, sometimes we see when things go on for days, for weeks with no negative developments, let us emphasise those ones. We have challenges but these are not the constants in the country.”

When the anchor of the programme asked him if Buhari had been able to wipe out Boko Haram like he promised during his electioneering campaigns, Adesina said:

“The President made some promises as an opposition figure and not a government official. Yes, the terrorists have been technically defeated but they are still active in certain areas on a lesser scale.”