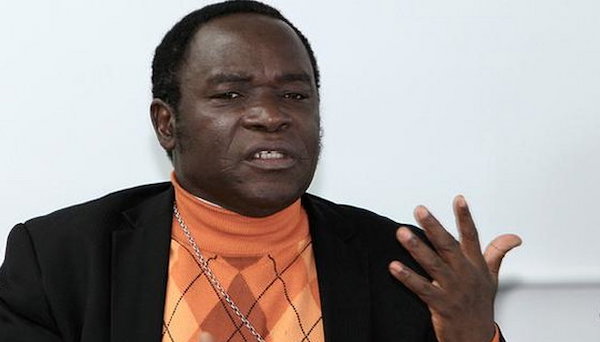 Priesthood, in every mundane and spiritual ramification, is a special calling deserving of respect. Unlike the evangelical new-generation Pastors and ‘Bishops’ and ‘Prophets’ laying claim to doubtful holiness yet harbouring secret dirty past or antecedents, the average Reverend Father of the Catholic fold is an embodiment of ennobling qualities and sound education. Forget about the challenges of celibacy and sex scandals surrounding some of these ordained souls.

Bishop Kukah had sworn to serve Jesus the Christ for the rest of his life. And in doing so he had consciously shunned fatherhood, mundane bliss and other social luxuries associated with mankind. That is enough indication of dedication to life of chastity and service to humanity.

Ever since he delivered eloquently his Christmas homily close to a month ago, a bombshell that reverberated across the federation for its power and poignancy, the Bishop of Sokoto Catholic Diocese, Matthew Hassan Kukah, has been at the receiving end of incessant threats, intimidation and name-calling from some northern elements afraid of the truth. While many discernible Nigerians are agreed and united on the submissions and conclusions he had reached some notherners are up in arms against the outspoken high-ranking clergyman.

Last week a Sokoto-based Islamic cleric, Abubakar Malami, had issued a stern warning to the Bishop telling him to desist from challenging the Nigerian government or risk being crucified! In a video sent to some online media Mallam Malami, during a sermon, said if Kukah continued challenging the government he would be crucified and there would be no one to stop it. “Not even the government will be able to stop us”, he boasted!

The ‘mad’ Mullah from Sokoto went on: “Matthew Hassan Kukah is already cursed by Allah. Therefore, if Kukah challenges the government, he will be crucified. We will not listen to anybody when we are crucifying him, not the government, not even the Sultan of Sokoto”!

And before the Malami diatribe came the Jama’atu Nasril Islam (JNI) headed by the Sultan of Sokoto himself had attacked Kukah for allegedly denigrating Islam and Muslims warning the Bishop not to “take Muslims’ kindness for timidity or foolishness” and describing his Yuletide message as “irresponsible and seditious”.

And before the JNI issued its strongly-worded statement came that of the Muslim Solidarity Forum which called on the Bishop to tender an unreserved apology to the entire Muslim Ummah over his recent “malicious comments” against Islam or consider leaving “quickly and quietly the seat of the Caliphate”!

And before the quit notice came a statement from the Muslim Rights Concern (MURIC) terming the Bishop’s Xmas/NewYear address as “reckless, inflammatory and unguarded”.

Following the persistent threats, however, the federal government through a presidential spokesman, Garba Shehu, had intervened responsibly by making it clear that the Bishop (like every other Nigerian under this adulterated democracy) had a right to express themselves. Kukah was, therefore, entitled to his opinion no matter how unpalatable.

The truth remains self-evident that Bishop Kukah spoke truth to power powerfully. He spoke the minds of millions of Nigerians who have collectively dismissed Buharism as a collosal failure. In the Yuletide/New Year controversial homily Bishop Kukah did not say anything denigrating to Islam as claimed by some Muslim groups.

How could Kukah have insulted the Muslims by saying obviously that they had a pool of blood to draw from unlike their Christian counterparts? Is it not true that Islam has been associated with primitive violence and bloodletting for ages?

How on earth could someone saying that President Buhari patronises his tribe and tribesmen to the detriment of other tribes or treating others aside those of his faith as second-class citizens constitute denigrating Islam or striking at the heart of the religion?

How would questioning the national malaise occasioned by nepotism and promotion of ethnic politics to statecraft be seen as a ‘haram’ worth imposing a ‘fatwa’ on?

Is it not true that Buhari has damaged national concord and cohesion by his pro-muslim agenda and anti-unity policies? The nation bleeds from the Buharian mediocrity and sadism!

The last time we checked the late terrorist-in-chief, Osama Bin-Laden was not a Christian! The late Muhamed Yusuf never went to church! Nor Abubakar Shekau a follower of Christ. In fact his Boko Haram had decapitated some southerners found up north on account of their faith! And burnt down churches!

Why must Kukah be ‘crucified’ because he rightly said that evil men in power had conspired to rape our nation? Why must he suffer crucifixion because he declared evidently that had a non-Muslim President done a fraction of what the incumbent Head of State had done the Christian President would have been overthrown or the nation would have been plunged into a war?

Bishop Kukah has consistently shown that character and honour matter in a nation held hostage by religious opium, one on the verge of losing her innocence despite the much-vaunted religiosity. He spoke an inconvenient truth to power during Yuletide. And an appreciative nation in distress applauded his intellectual rigour, depth and patriotism.

Evil triumphs in any given society when good men keep quiet or do nothing in the face of moral or governmental degeneration.

Before they ‘crucify’ Bishop Kukah we must warn against religious opportunism and irredentism. No one or religion has any monopoly of violence! Harming Bishop Kukah in Sokoto (or elsewhere in Nigeria) could be interpreted in some quarters as tantamount to a declaration of war on Christianity and/or against Christians.

On a final note, however, putting Kukah to the cross just like the Jews did to Jesus could be said to be a ‘reward’ for his genuine concern for good governance, quest for a greater better Nigeria and justice for all. If they could do it to the Saviour then Kukah is a ‘nobody’!

Related Topics:KukahSOC Okenwa
Up Next