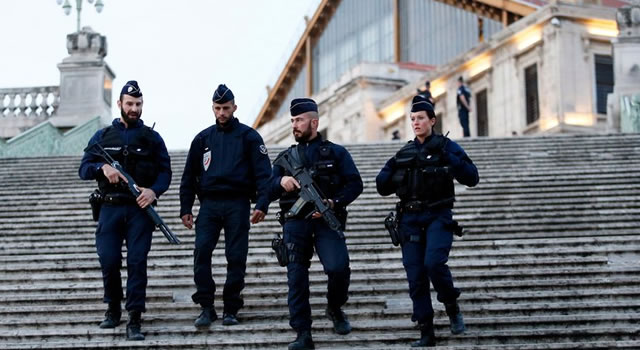 Security alert is on the high in the eastern Be‎lgian city of Liege after a knife killed two police officers and stabbed a 22-year-old to death.

‎According to the spokesperson for the prosecutor’s office, Phillipe Dulieu who said the incident is being treated as a “terrorist attack”‎, the assailant stabbed the police officers several times.

“[The suspect] … took their weapons. He used the weapons on the officers who died,” Dulieu said, adding the attacker went on to shoot dead a 22-year-old man in a nearby vehicle.

“The event is classed as a terrorist incident,” he said.

The assailant is then believed to have taken a woman hostage before being shot dead by police.

Public broadcaster RTBF said the suspect was a 36-year-old petty criminal who had been let out on day-release from a local prison on Monday.