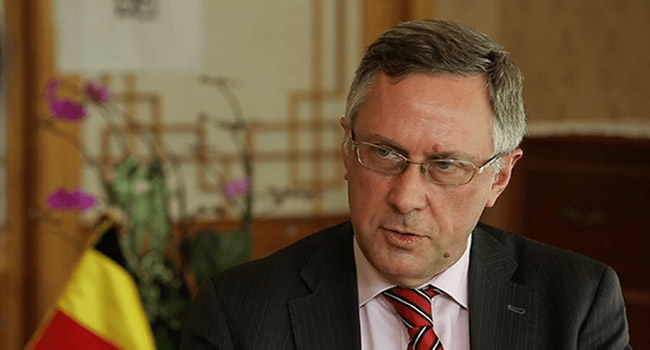 Belgium has recalled its ambassador to South Korea, Peter Lescouhier, after his wife was caught in a video slapping a shop assistant in Seoul.

In a statement recalling the Ambassador on Tuesday,
Belgium’s Ministry of Foreign Affairs said it had “become clear” that Lescouhier could not “further carry out his role in a serene way.”

According to police reports, Lescouhier’s Korean wife, Xiang Xueqiu, got into a confrontation with two shop assistants in April but could not be prosecuted then due to diplomatic immunity.

But in the Ministry’s statement, Brussels said the immunity has been waived and the police can proceed to prosecute her.

“Her full cooperation with the police has been guaranteed,” the statement said, adding that Xiang also “took the initiative to meet privately with the two store employees in order to apologize in person for her unacceptable behavior in the store.”

“Now that Mrs. Xiang Xueqiu has personally presented her excuses and cooperated with the police, Minister of Foreign Affairs Sophie Wilmès has decided that it is in the best interest of our bilateral relations to end Ambassador Lescouhier’s tenure in the Republic of Korea this summer,” the statement added.

Related Topics:AmbassadorassaultbelgiumimmunitySouth Korea
Up Next