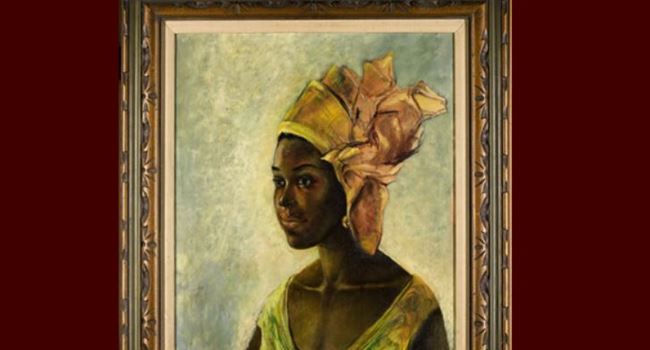 An art work by the late Ben Enwonwu tagged “Christine”, painted in 1971 in Lagos, Nigeria, has been sold for the sum of $1.4m, at an auction staged in London.

Reports say the value of the painting, by Ben Enwonwu, who is regarded as the father of Nigerian modernism, came to the notice of owners after they googled the artist’s signature.

Auction house, Sotheby’s says the work of art had been sitting pretty in the home of the family of the Enwonwu’s, after it was brought to life through painting in the 70’s.

But following the passage of time they “were unaware of the significance of the painting or the importance of the artist, until a chance ‘googling’ of the signature,” it adds.

Enwonwu, who died in 1994, also produced “Tutu”, which had been described by Nigerian novelist Ben Okri, as the “African Mona Lisa”.Tutu was sold last year for $1.5m after it was discovered in a London flat.

Ben Enwonwu became more widely known when he was commissioned to create a bronze sculpture of Queen Elizabeth during her visit to Nigeria in 1956.