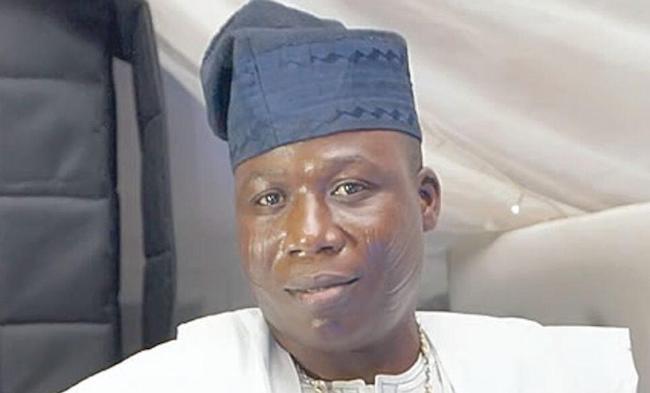 The Beninese government on Thursday arraigned the self-professed Yoruba freedom fighter, Sunday Adeyemo aka Sunday Igboho, at the Court D’Apeal in Cotonou for allegedly obtaining the country’s passport illegally.

Igboho was arrested on Monday night in Cadjèhoun Airport, Cotonou, while traveling to Germany.

The Department of State Service (DSS) had declared the Yoruba Nation agitator wanted for alleged possession of seven AK-47 rifles and 5,000 rounds of ammunition following a raid on his Ibadan, Oyo State, home last month.

The Beninese government had said it would not entertain its Nigerian counterpart’s request for the activist’s extradition without first trying him for obtaining the country’s passport illegally.

Igboho had since been returned to the custody of Brigade Criminelle in Cotonou after the case was adjourned till Friday.

Thursday’s proceeding was attended by the National Chairman of the umbrella body of Yoruba self-determination groups, Ilana Omo Oodua, Prof. Wale Adeniran, and some of the activist’s supporters.

Why Igboho’s extradition from Benin Republic will be difficult – Falana