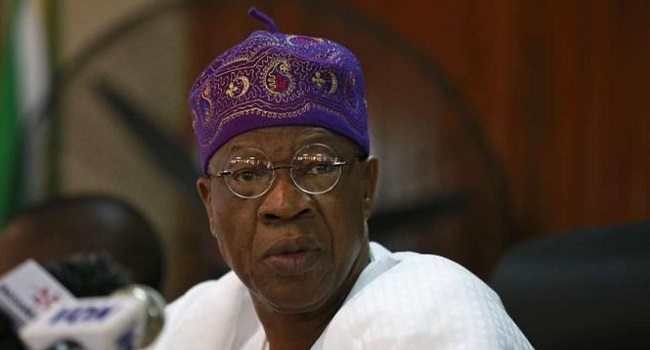 For the umpteenth time, the Nigerian Government has explained why it closed the nation’s land borders.

The Minister of Information and Culture, Lai Mohammed, who spoke on the issue during a programme on the Television Continental (TVC), accused the Republic of Benin of being recalcitrant in its importation of prohibited good and dumping of same into Nigeria’s market despite the partial closure of the borders.

The minister said the number of seizures recorded by the Nigerian Customs Service (NCS) during the week had shown that neighboring countries were not in a hurry to comply with Nigeria’s directive on the issue.

The minister said: “As we speak today, there are three ships heading toward Benin Republic and laden with about 105,000 metric tons of rice.

“This is a country of about 12 million people. That rice is meant for ultimate consumption of Nigerians.

“In addition, Benin Republic just negotiated with Japan to receive rice worth $30 million

“It is clear that the ultimate destination of the rice will be Nigeria and that is why we are appealing to our neighbours.

“First preservation is the first law of survival. We are doing this to preserve our economy and the security of our country.”

Mohammed disclosed that the border drill would be in place as long as necessary, noting that Nigeria could no longer continue to play the role of a big brother at the expense of its economy and national security.

He added: “The facts at our disposal revealed that 10,000 vehicles are imported every month into the Cotonou seaport.

“For a population of about 12 million people to be importing 120,000 vehicles in a year means that the vehicles are going to Nigeria with sufficient market.

“As I have said, there is no gain without pain, there will be discomfort at the beginning and ultimately we believe it is going to be to the ultimate interest of Nigeria.”

The minister insisted that both Benin Republic and Niger Republic were hurting Nigeria’s economy and security because of their non-compliance with the ECOWAS Protocol on Transit Goods and State of Origin.