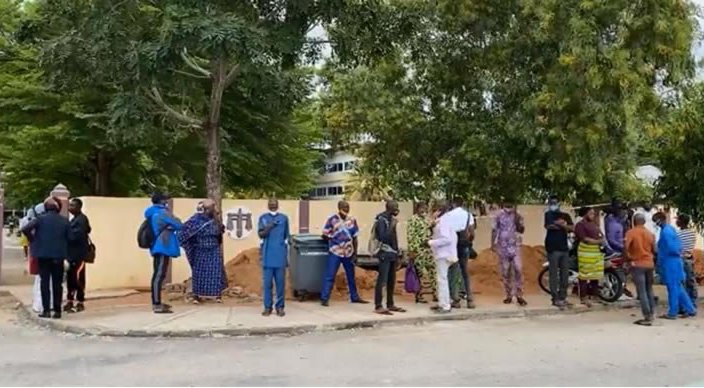 Police operatives in the Benin Republic on Monday chased out the Yoruba Nation promoters and journalists who stormed the Cour De’appal De Cotonou to witness the trial of the leader of a Nigerian separatist movement, Sunday Adeyemo aka Sunday Igboho.

The activist was arrested at a Cotonou airport last Monday.

The court had earlier restrained journalists and Igboho’s supporters from entering the courtroom.

But the activist’s wife and lawyers were allowed to watch the proceedings.

The court is also expected to rule on the Nigerian government’s request for the Yoruba Nation promoter’s extradition.

The Department of State Services (DSS) had on July 1 declared Igboho wanted for alleged illegal possession of seven AK-47 rifles and 5,000 rounds of ammunition following the raid on his Oyo State home the same day.