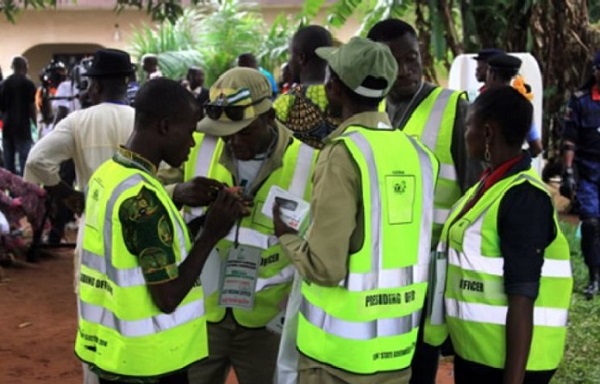 Following the violent attack on its officials during the supplementary polls in Benue, the Independent National Electoral Commission (INEC) has stated that all its officials are fully insured against mishaps.

The commission also confirmed the attack on an election collation officer for Gboko LGA in Benue state, Prof. Comfort D. Tuluen, who is presently receiving treatment in a hospital.

According to a statement from the commission’s verified twitter handle @inecnigeria posted on Sunday in Abuja, Tuleun was shot at and injured when her convoy of vehicles was ambushed on her way to Makurdi while she was carrying with her the LGA collated result sheet.

“While wishing her a speedy recovery, @inecnigeria wishes to point out that all its ad-hoc and permanent staff are insured against such mishaps and the Commission is responsible for all hospital bills and medical expenses of all such injured staff. The incident has been reported to the law enforcement officers and we will closely monitor the investigation,” the commission said.

Earlier reports had it that the INEC Resident Electoral Commissioner (REC) for Benue State, Dr. Nentawe Yilwatda, confirmed the attack on the commission’s convoy on Gboko-Makurdi road by unknown gunmen on Saturday night.

Yilwatda told journalists early Sunday morning at the INEC headquarters Makurdi that the Returning Officer (RO) for the governorship supplementary polls in Gboko, Prof. Tuleun was hit by a bullet during the attack.

He said the wounded officer is from the Federal University of Agriculture, Makurdi (FUAM).

“INEC regrets this unfortunate incident and calls on security agencies to work tirelessly to apprehend these miscreants and bring them to judgement.

“Meanwhile, as a result of this incident, the commission has no choice but to appoint Dr Joseph Mom of FUAM to replace the wounded official,” Yilwatda said.