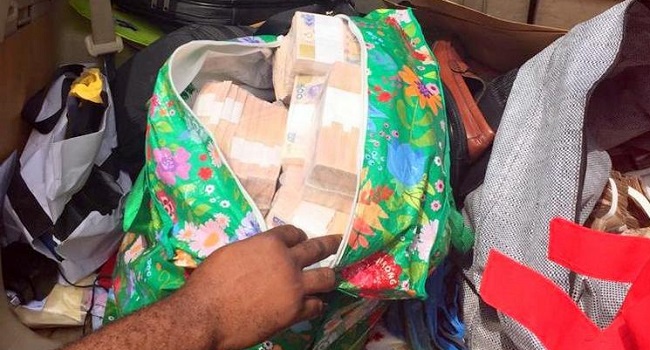 Operatives of the Economic and Financial Crimes Commission (EFCC) on Saturday reportedly caught a governorship candidate with a bag full of cash.

They were however said to have been obstructed by youths in the area from arresting the politician, or taking him away.

The politician said to be of the leading political parties in the state was caught within a polling unit in the North Bank area of Markurdi, the state capital, with the bag of cash suspected to have been brought for vote buying.

However, suspected thugs purportedly loyal to the governorship hopeful attacked vehicles belonging to the EFCC operatives in order to stop them.

Earlier in the day, agents of the anti-graft body also arrested a man, Mr. Abdulkareem Abdulsalem for distibuting money to voters at unit 7, Kwara State College of Education in Ilorin, Kwara State capital.