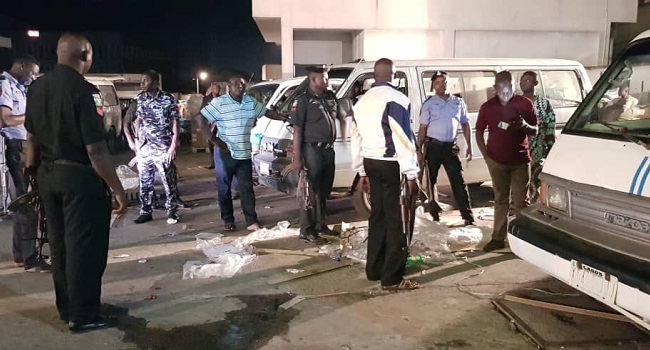 Despite the heavy presence of security operatives in Benue State, hoodlums reportedly had a field day disrupting the electoral process in the state.

Reports say thugs attacked escorts, drivers and some vehicles conveying electoral materials to Azendeshi ward for the supplementary elections in the state.

That much information was made known by the Benue State Resident Electoral Commissioner, Dr. Nentawe Goshew on Saturday after he raised an alarm over the attack by the political thugs.

According to Dr. Goshew, the attack took place along Zaki Biam in Ukum Local Government Area of the State.

According to reports, the electoral process was thrown into confusion by the thugs led by a young man identified as Mr. Iorver Yough, believed to be working for the All Progressives Congress, APC.

Reports say voters fled the polling unit after Yough allegedly slapped a PDP agent, Micheal Iornongo, allegedly using club and machetes on him while other gang members broke the ballot box and snatched the voters register.