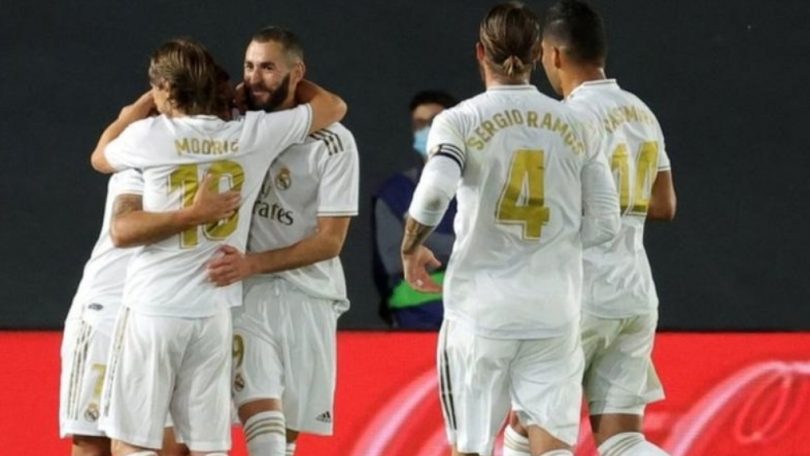 Karim Benzema scored a brace to help Real Madrid cruise past Valencia on Thursday night as the hosts won 3-0 behind closed doors.

The 32-year-old has now scored 243 goals in all competitions for the Madrid giants, overtaking Ferenc Puskas’ tally to become the fifth all-time highest goalscorer at the club.

Victory means the Zinedine Zidane side are keeping up with the title race and piling pressure on La Liga leaders, Barcelona.

Second-placed Real are two points behind Barca with seven matches left to wrap up the season.

After a goalless first half, Benzema opened the scoring in the 61st minute before Marco Asensio doubled the lead on 74 minutes.

Benzema then scored his second of the night with a superb strike in the 86th minute, punishing their uninspiring visitors.

Valencia ended the game with 10 players as substitute Lee Kang-In was shown a straight red card in the 89th minute after kicking at Sergio Ramos multiple times.

Real will be away to Real Sociedad in the next game billed for Sunday, while Barcelona travel to Sevilla on Friday.