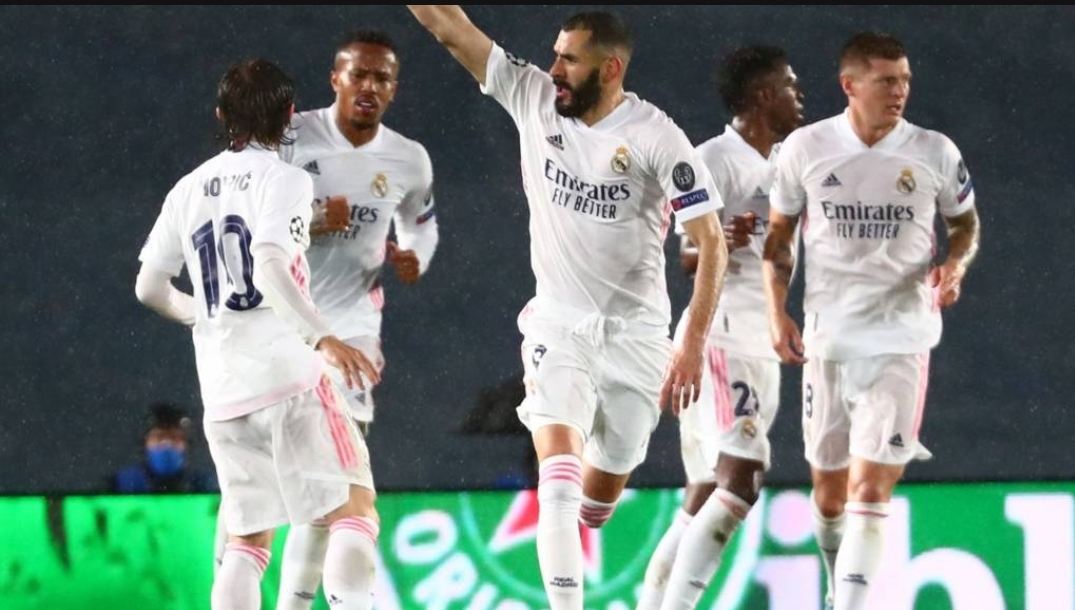 Karim Benzema and Christian Pulisic were on target for their respective clubs as Real Madrid held Chelsea to a 1-1 draw on Tuesday night.

The Champions League encounter, played at the Bernabeu, was the first leg of their semifinal tie, with Chelsea returning home with an away-goal advantage.

Thomas Tuchel’s side were superior in the contest, managing more shots than the Zinedine Zidane’s team.

It was Pulisic who opened the scoring in the 14th minute. Timo Werner had missed a clear chance to do so when he shot straight at keeper Thibuat Courtois from six yards.

The hosts rallied back as Benzema brought Real back into the game with a brilliant equaliser in the 29th minute.

The French star’s effort was a superb one, as he cushioned the ball with a header before firing an acrobatic volley beyond goalkeeper Edouard Mendy.

But the draw puts the Blues in a promising position ahead of the second leg at Stamford Bridge in eight days’ time.

The eventual winner of the tie would face either Manchester City or Paris St. Germain, who play in the other semifinal clash on Wednesday, in the final billed for Istanbul on 29 May.