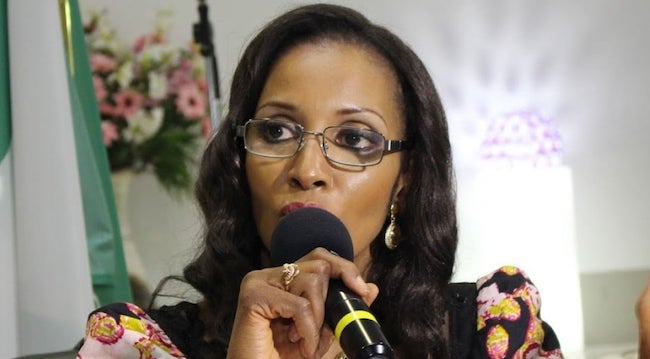 Bianca Ojukwu, the widow of the late Biafran warlord, Odimegwu Ojukwu, has predicted a bright future for Anambra State following the victory of the All Progressives Grand Alliance (APGA) candidate, Charles Soludo, in the state’s governorship election.

The Independent National Electoral Commission (INEC) had in the early hours of Wednesday declared Soludo as the winner of the election held last Saturday.

He defeated 17 other candidates in the election.

In a statement issued on Wednesday in Awka, the former Nigerian Ambassador to Spain thanked APGA members and the entire people of the state for supporting the party.

She expressed satisfaction with the peaceful conduct of the election.

Bianca said: “Soludo’s victory has brought back hope into a political heritage that was slowly inching towards an eclipse. His victory has given us the chance to live another day as a party, after almost 16 years of governance in the state, Anambra people have given us yet another fresh mandate.

“This victory presents our party with another golden opportunity to prove to the citizens of Anambra that our party’s welfarism agenda and commitment to the grassroots remains firmly in place.

“And that we are dedicated to correcting the misdeeds of the past as we usher in a new era of dynamism in governance.”

She declared that the emergence of Soludo as governor would herald a new dawn for Anambra.

She added: “I am appealing to our party members who left in anger to keep an open mind.

“In due course, we hope that they will return and join hands in the process of rebuilding our party. The storm is over. It is now time for all to close ranks in solidarity and move our state forward.”