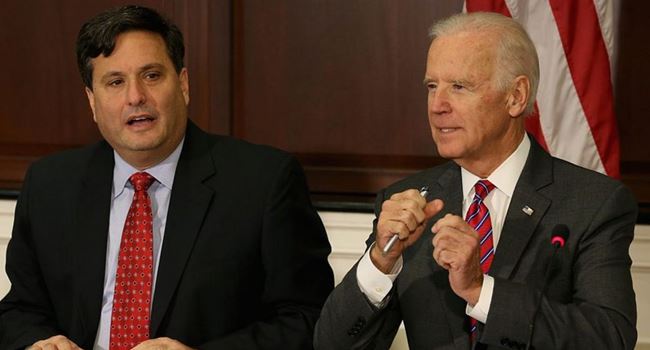 The President-elect of the United States of America, Joe Biden has appointed his longtime adviser Ron Klain as his White House chief-of-staff, despite the refusal of the incumbent, Donald Trump to concede defeat.

Klain, 59, who was Biden’s chief of staff when he was vice president under President Barack Obama, is the first important appointment, as the President-elect builds his administration.

“His deep, varied experience and capacity to work with people all across the political spectrum is precisely what I need in a White House chief of staff as we confront this moment of crisis and bring our country together again,” Biden said in a statement on Wednesday after Klain’s appointment.

This came after Biden described the refusal of Trump to concede in the presidential election as “an embarrassment” but said nothing would stop the transition of power after his term ends.

Biden who was addressing the country on Tuesday, said Trump’s failure to acknowledge his victory and concede “does not change the dynamic” of his transition planning, but called it “an embarrassment” that will “not help the president’s legacy”.

He added that Trump instructing agencies to block his transition is “not of much consequence”, but added that federal funds he will receive when his victory is recognised by the General Services Administration would be helpful.