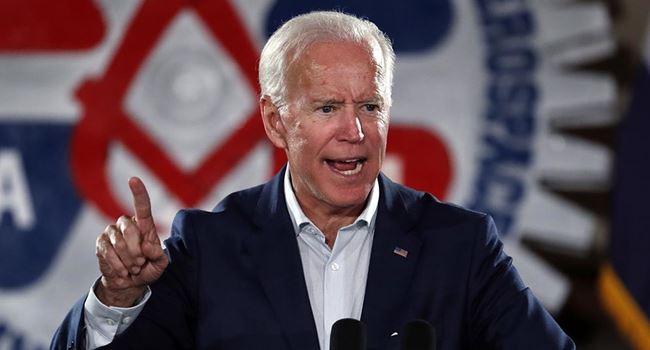 Joe Biden, a Democratic presidential contender has called on the administration of President Donald Trump to ease economic sanctions on Iran in the wake of the outbreak of the coronavirus pandemic.

The Democratic presidential contender made the plea to President Trump on Thursday stating that the easing of sanctions on Iran would serve as a humanitarian gesture to the country during the outbreak of the disease.

According to Biden, the US has a moral obligation to be among the first to offer aid to people in need regardless of where they live.

“While the Iranian government has failed to respond effectively to this crisis, including lying and concealing the truth from its own people, and it continues to act provocatively in the region, the Iranian people are hurting desperately,” Biden said in a statement.

“Whatever our profound differences with the Iranian government, we should support the Iranian people.”

Biden’s plea comes days after the US agreed to allow companies from Russia, China and Europe to continue their work at Iranian nuclear facilities without being subject to American sanctions.

This was revealed on Monday by the Secretary of State Mike Pompeo who signed off on the waiver extensions but embedded the decision as one that continues restrictions on Iran’s atomic work.