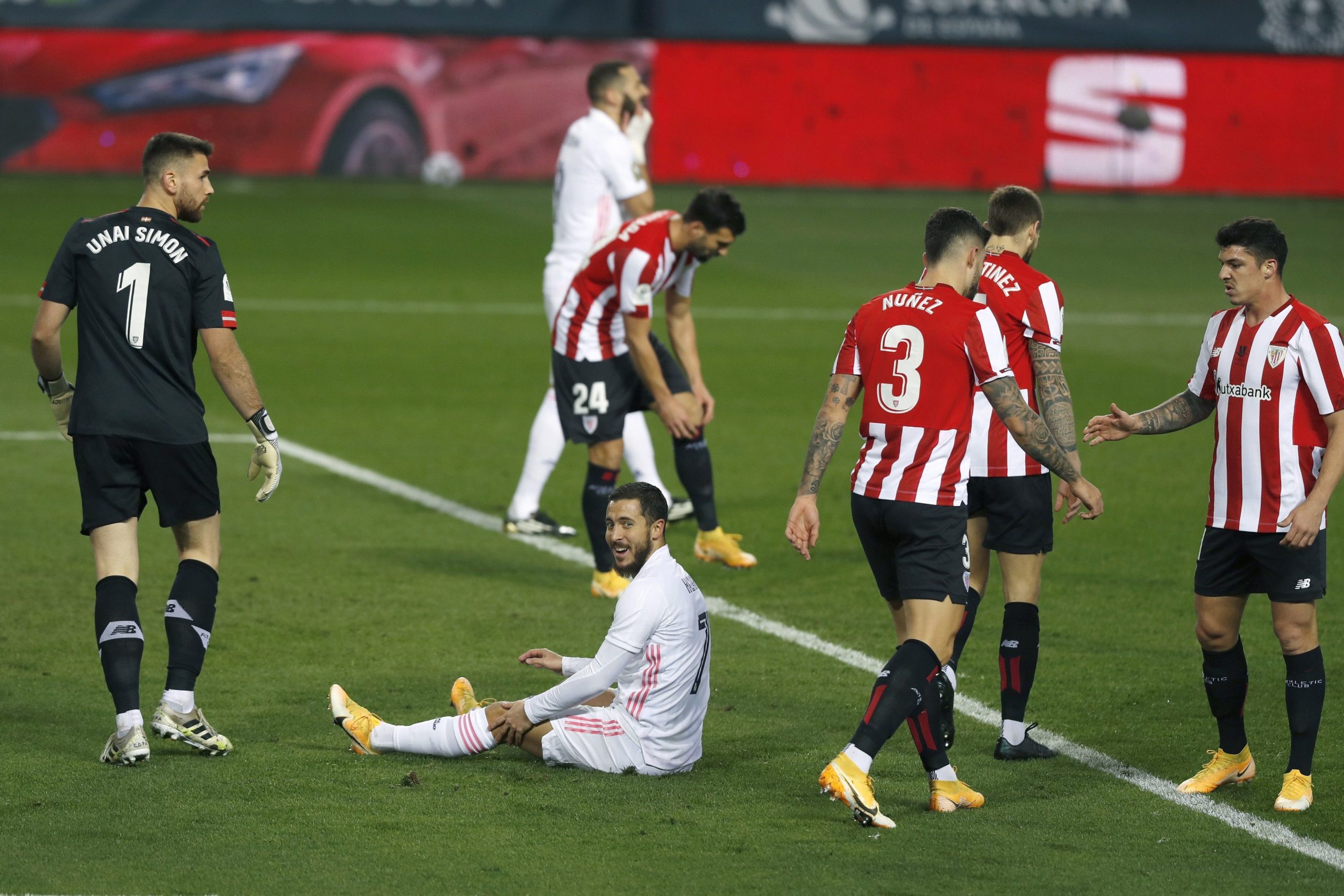 With the win, the Athletic club set up a meeting in the final with Barcelona, who won the other semifinal clash against Real Sociedad on Wednesday night.

Barca had gotten through to the final after beating Real Sociedad in a penalty shootout following a 1-1 draw after extra time, but Bilbao held on in a thrilling clash to see off Real.

Read Also: I’d like to play in the United States if Man Utd don’t keep me —Ighalo

Real trailed 2-0 at halftime after Raúl García netted a brace for their opponents, but pulled one back through Kareem Benzema in the 73rd minute.

The final of the Spanish Super Cup, which is in its second year as a four-team tournament, will take place on Sunday.

The tournament is contested by the top two teams in the La Liga alongside the two finalists of the Copa del Rey.

With defending champions Real having crashed out, either Barcelona or Athletic Bilbao will be looking to win the trophy for the first time in the new format.