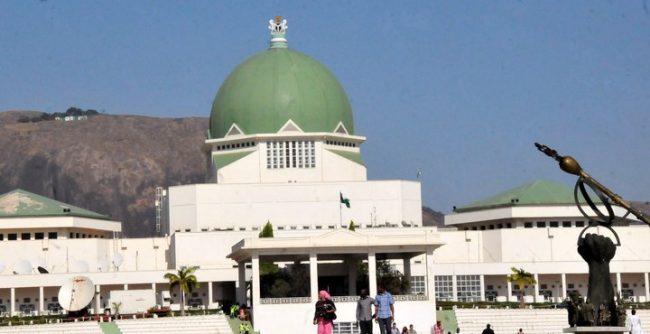 The National Assembly has been ordered to halt further actions on the 2018 Electoral Act amendment bill which seeks to reorder the election sequence as proposed by the Independent National Electoral Commission (INEC).

The order was given to the lawmakers by the Federal High Court in Abuja on Wednesday presided over by Justice Ahmed Mohammed.

The restraining order, which was sequel to a suit by Accord Party challenging the National Assembly reordering of the election sequence, is to last till March 17, which is the next hearing date.

Justice Mohammed, delivering ruling on an oral application by Chief Wole Olanipekun (SAN), lawyer to the plaintiff, held that the restraining order was made to preserve the substance of the main suit.

The oral application by Olanipekun for a “preservative order” was objected by the counsel representing the National Assembly, Chinelo Ogbozor, during Wednesday’s proceedings.

The Attorney-General of the Federation, the second defendant to the suit, was not represented by a counsel, while INEC, which is the third respondent, was represented by its lawyer, Mr. Taminu Inuwa, who said he had no objection to the application.

In his judgment, Mohammed held that the National Assembly was unlikely to experience any prejudice should it restrain itself from going ahead with the amendment processes before the next hearing date.

According to the judge, if on the other hand, no restraining order was issued and the National Assembly goes ahead to exercise its powers under Section 58(5) of the constitution by overriding the President’s withholding of assent, the essence of the whole suit would have been defeated.

Based on this argument, the judge held that all parties must maintain the “status quo.”
He therefore fixed ‎Tuesday for the hearing of the motion for the interlocutory injunction, the same order which was granted during the Wednesday’s proceedings but would likely last till the final determination of the suit if the application succeeds.

His decision to withhold his assent to the bill saw some legislators vowing that the National Assembly was going to evoke its powers under Section 58(5) of the constitution to override the President’s withholding of assent by two-thirds majority votes of both chambers.