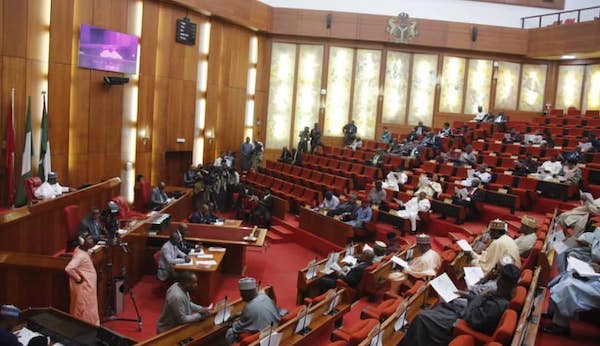 A bill seeking to establish the Police Pension Board scaled the second reading in the Senate on Tuesday.

The bill which was sponsored by Senator Elisha Abbo (Adamawa- North) was read for the first time on June 14.

Abbo, who led the debate on the bill at the plenary, noted that the current pension arrangement of the Nigeria Police Force was under the Pension Commission by virtue of Section 5(1) of the Pension Reform Act 2014.

He said the police, though the country’s premier law enforcement and security agency, was left on the Contributory Pension Scheme unlike the Nigerian Army, Nigerian Navy, Nigeria Air Force and other security agencies that had their Pension Boards.

The lawmaker said: “The resultant inclusion and continuous stay of the NPF in PENCOM has placed them on the wrong end of the post service emolument life. The Nigerian police is saddled with the responsibility of not only protecting the lives and property of the citizenry, but also detecting and preventing crimes.”

He expressed dismay at the disparities between the pension and gratuity benefits of the police and its counterparts in the military.

“While their equivalents of DSP in the Army (Captain), Navy (Lieutenant), Air Force (Flight Lieutenant) and the DSS (Captain) are paid N12.8 million and N10.3 million.”

The Senate President, Ahmad Lawan, thereafter, referred the bill to the Senate Committee on Police Affairs for further legislative attention.

The committee was given four weeks to report back to the Senate in plenary.