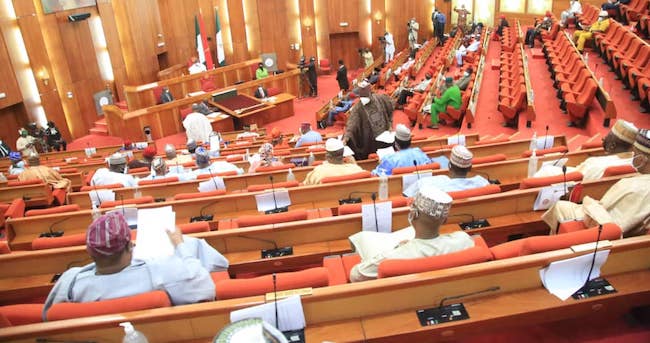 The bill seeking the inclusion of Anambra and Lagos among others in the Niger Delta Development Commission (NDDC) scaled second reading in the Senate on Wednesday.

The Chairman of the Senate Committee on Appropriation, Adeola Solomon Olamilekan, who sponsored the bill titled: “A bill for an Act to amend the Niger Delta Development Commission (NDDC), Act No 6, 2000 and for other related matters connected therewith 2021,” said the NDDC Act was activated over 21 years ago.

He added that since then, oil and gas had been discovered in Lagos, Kogi, Anambra, Gombe, Bauchi, and other states.

The amendment, according to him, will provide an opportunity for the Act to capture the peculiarities of the new oil states.

In his contribution, Senator Ahmad Baba Kaita recalled how a former Group Managing Director of the Nigerian National Petroleum Corporation (NNPC) had told the lawmakers that Nigeria would become one of the largest oil producers in the world if oil discoveries in the country are harnessed.

He said: “Thank you Mr. President I remain Senator Ahmad Baba Kaita, Katsina North Senatorial district. Regarding the motion on the oil-producing states, I think what is good for the goose is good for the gander. In a state like Borno, where oil has been discovered, I remember the former Group Managing Director of NNPC arguing here that with such states coming on board, Nigeria will be one of the largest oil producers if we harness our resources.

READ ALSO: How 13%, NDDC benefits are hijacked from oil communities

“In this case, it is only fair for us to consider those states that produce oil because the exploration is going to affect the environment. The idea behind that motion is consequences of oil exploration.”

He stressed that the NDDC Act was specifically meant to address the environmental degradation of the Niger Delta.

After the contributions by lawmakers, the Senate President, Ahmad Lawan, put the bill to voice votes and it scaled second reading.