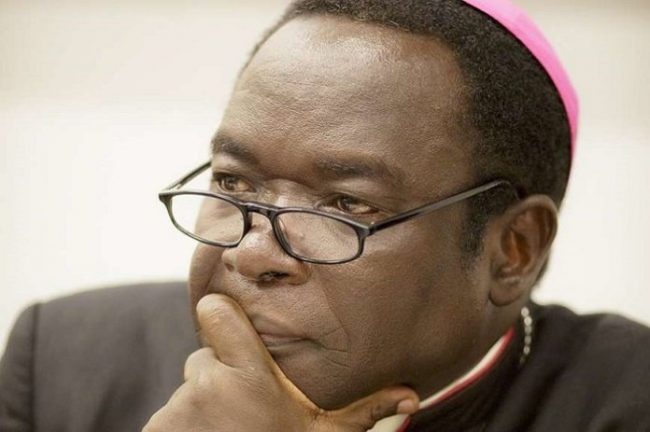 The Yuletide was upon us yet again last week. A great season whose reason had over the years been bastardized by uncontrollable mundane elements and forces. The year 2020 would remain in the annals of human history as one bloody grievous year marked especially by the Coronavirus pandemic and other natural and man-made tragedies. As the new year 2021 announces itself in the horizon, pregnant as it were with uncertainties and certainties, humanity are bracing up to tango with the unforeseen — predictable and unpredictable.

But before the brand new year dawns on us in a few days time manifesting the good, the bad and the ugly we must reflect a little about the Nigerian condition and how our inadequacies in terms of a simple task of providing leadership to our growing population (and consequent happiness of the majority) had demystified our illusion for greatness. It was akin to overpowering the entrenched dark forces holding sway at the Bermuda Triangle!

Christmas offered yet another opportunity for the clergy and those in political, traditional and religious authorities to pontificate about the past, present and the future. Traditionally, therefore, good tidings are often released to the faithfuls or the led in general bringing hope to bear in a hopeless situation.

From the Pope in the Vatican down to the mundane and spiritual leaders messages of hope and salvation poured forth from the pulpits and palaces to mark the annual great event. Many men of God in Nigeria and elsewhere had something to say or tell their followers during the celebration of the birthday of the Son of Man (Jesus the Christ).

Nigeria as a troubled politico-social space has endured so much battering in the hands of petty dictators and pseudo-democrats since her flag independence three scores of years ago. Almost everything had been thrown her way yet she had managed to persevere, sometimes bloodied and battered.

The issue here, folks, is about survival despite the enormous challenges that seemed insurmountable. The Nigerian dream of greatness at independence had been squandered by the rapaciously greedy elite through their putrid corruption, mediocrity and patriotism of hypocrisy.

The Bishop of the Sokoto Catholic Diocese, Dr Mathew Hassan Kukah, needs no introduction in the Nigerian ecumenical hierarchy. In his Christmas message to the nation delivered in Sokoto last weekend entitled: “A Nation in Search of Vindication” the man of God dropped a bombshell that reverberated across the federation eliciting applause and condemnation.

For Bishop Kukah “This government owes the nation an explanation as to where it is headed as we seem to journey into darkness. The spilling of this blood must be related to a more sinister plot that is beyond our comprehension. Are we going to remain hogtied by these evil men or are they gradually becoming part of a larger plot to seal the fate of our country”.

And continuing he had declared: “Every honest Nigerian knows that there is no way any non-Northern Muslim President could have done a fraction of what President Buhari has done by his nepotism and gotten away with it…There would have been a military coup a long time ago or we would have been at war.”

After perusing the long treatise I came out impressed concluding that the Sokoto Bishop had demonstrated once again his ecumenical capacity to lead. Leadership is also about telling the truth and fighting the evil impediments to societal evolution. Dr Kukah was forthright, unapologetically hard and intrepid in his submissions, drawing blood and leaving the professional defenders of the indefensible perplexed. Indeed, he never disappointed!

For us, Bishop Kukah’s Xmas message of lamentation and hope was well received and understood with immense joy in our hearts. His brilliant profound intervention, calling out the evil men and women at the corridors of power, remains, in our reckoning, how best to fight evil.

President Muhammadu Buhari remains, in the eyes of majority of Nigerians, a failure on a colossal scale! He has not been able to grow on the job because he cannot! Those around him may say otherwise but we have the constitutional right to describe him as such. If saying so constitutes a crime then we are all guilty as charged!

As the world gets ready to turn the page on 2020 Kukah’s state of the nation speech showed that there are still good men in our midst. In a nation where millions of compatriots are abandoned to their fate by those elected to protect lives and properties and make life less miserable it is only fitting that the propagation of truth prevails.

While we know for sure that principalities and tenebrous powers have taken over our land ruining our collective lives and sapping our morales it is something to be bemoaned that the present and the future appear compromised! Evil men and women in high and low places of governance have conspired to turn Nigeria into a basket case.

But against this evil we are up resolutely, determinedly! In this mortal struggle for the soul of the nation the fewer we are the greater the share of national honour. We owe it as a sacred duty to rise in unison and stand for the truth.

And for Bishop Hassan Mathew Kukah we can only say kudos for the punch delivered with papal precision and pragmatic patriotism. This is how best to fight evil!!

Related Topics:EvilKukahOzodinukwe Okenwa
Up Next

LATEST TECH NEWS: Facebook to close Irish subsidiary over tax dispute. 1 other thing and a trivia you need to know today, December 31, 2020

China approves first COVID-19 vaccine from Sinopharm for general use