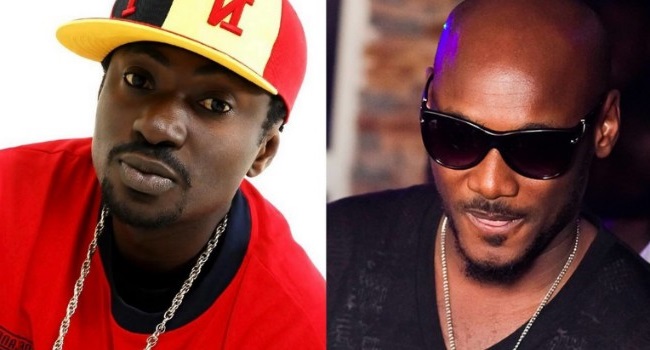 Now Muzik, the platform managing the musical activities of ‘African Queen’ crooner, 2face Idibia has reacted to song theft claims and gay accusations leveled against its client by former his band mate Blackface.

According to a statement issued by the music management outfit led by Efe ‘The Freak’ Omorogbe, it is untrue according to views held in some quarters that 2face had refused to respond to the ridiculous accusations by Blackface.

The statement added that what 2face and Efe Omorogbe have done is refuse to create time to engage in an unproductive media banter with Blackface every time he wants to release new material.

The statement added that; “Both 2face and Omorogbe have stated publicly that Blackface’s claims of song theft and media/live performance blacklisting are unfounded and malicious.

“Blackface has been advised to seek legal redress if he believes his claims are true and if not, cease and desist from making unsubstantiated defamatory public statements about both 2face and Omorogbe.

“Blackface’s refusal to file a suit or discontinue the defamation forced our lawyers to institute a defamation suit against him at the Lagos State High Court. His lawyers have entered a defence and the case is currently on-going.

“2face and Omorogbe are confident that the court will handle the matter. They will not fuel a media trial by commenting on a case that is already before a competent court of law,” the statement read in part.

In a fresh round of controversy, Blackface, accused his former band member 2face of being gay in his new song.

In the new track titled ‘War’, Blackface rode on his long-standing beef with 2face calling him out over claims of hypocrisy saying he is not only a thief nut also “gay” and a “cannibal.”

The lyrics of the controversial song which is now causing a stir on social media goes thus; “I taught you how to rhyme, taught you how to flow / Now you say you’re a star, now you making dow, why you steal my song, you no let me know / Na you and your manager wey dey block my show from every carnival / Your mama say you’re innocent but I know say you be cannibal”, he sang.

Blackface also went ahead to allege that 2face engaged in gay sex to become popular; “Make I expose you for who you are, 201 know your story omo where I go start / 2Face since when dem start to yansh you for back, that’s why you no fit stand straight, that’s what made you star”.