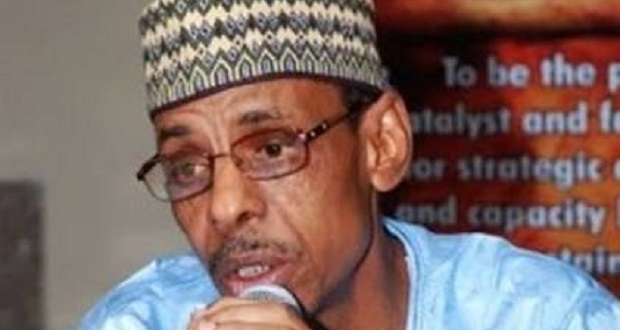 The Northern Elders Forum (NEF), has told the Presidency not to blame the Catholic Archbishop of Sokoto Diocese, Bishop Matthew Hassan Kukah, for the delay by the United States in getting delivery of 12 Super Tucano jet fighters from the United States government for the Nigerian military to fight insecurity in the country.

The NEF was responding to a recent statement from the Presidency issued by Senior Special Adviser to the President, Garba Shehu, blaming Kukah and percieved opponents of the President Muhammadu Buhari-led administration for “creating the wrong perception of Christianity and Islam relations in Nigeria,” leading to the delay in the supply of fighter jets to the country by the US.

But while reacting to the allegations on Monday in an AIT television programme by Dr. Hakeem Baba-Ahmed, the Director of Publicity and Advocacy of NEF, the northern group flayed the Presidency for blaming the wrong people, saying the real blame should be directed at the Nigerian military for the Tucano jets delay.

Baba-Ahmed said Nigeria has not been able to procure the jets because of the “conduct of its armed forces and related agencies on human rights issues, its dealings with prisoners of war and citizens caught up in conflicts.”

“Everybody knows this. They will not sell you one bullet unless they are satisfied that you’ve met certain criteria. And they have raised issues over and over and over again.

“The Nigerian government knows this. But they need to improve the conduct of the Nigerian military, in the fight against the insurgency, against terrorists. They know this.

“Rather than blame Kukah or the Northern Elders group, the Federal Government should ensure the country’s military operations satisfy the basic standards demanded by US weapon suppliers to facilitate easy purchase of fighter jets.

“The government needs to reassess the way it wages the war against insurgency and terrorism to avoid issues that lead to delays in weapons procurement from Western countries.

“The presidency spokespersons have a way of deflecting criticism by making it personal. When you say that there is a shortfall in the quality of government, they find something to stick you with.

“People like Bishop Kukah and I are used to this. We don’t take it seriously. This organisation should be criticised and must be criticised, and those who are ready to do so should be willing to take some of the words that Garba Shehu and Femi Adesina recycle every once in a while when we point out certain facts about the failings of the president in terms of securing the country.

“So, whether it comes from Bishop Kukah or it comes from me, we made this point. We want to buy weapons from some countries, improve the way we wage this war. It can be done, it must be done if you want these weapons.

“So, I agree with Bishop Kukah that government needs to review its attitude, some of those issues raised by countries that are creating problems, well, seemingly creating problem for us in terms of selling weapons, and that the onus is on us to improve those conditions. It is fact and we need it now,” he added.