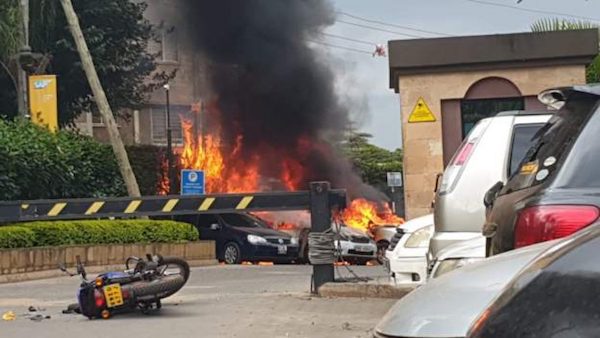 A twin blast rocked the Secretariat of the Peoples Democratic Party (PDP) in Port Harcourt, Rivers State, on Thursday.

The explosion, which was suspected to be from dynamites, occurred during the PDP councilorship primaries in the city.

Eyewitnesses told journalists that the dynamite went off in a Sports Utility Vehicle (SUV) parked in front of the secretariat located along the Aba Express Road.

The eyewitness said: “There was panic today (Thursday) as two dynamites exploded during the councillorship primaries of the PDP.

“I was at the party secretariat. The dynamite was detonated by suspected bombers in an SUV car along the Aba road secretariat of PDP at 3:00 p.m.

“However, the reason for the blasts has not been ascertained. But the incident might not be unconnected with the allegations of imposition of candidates in some local government areas.”

‘Buhari not in charge of Nigeria,’ Soyinka attacks president again

15 things you may not know about the late first civilian governor of Lagos, Lateef Jakande