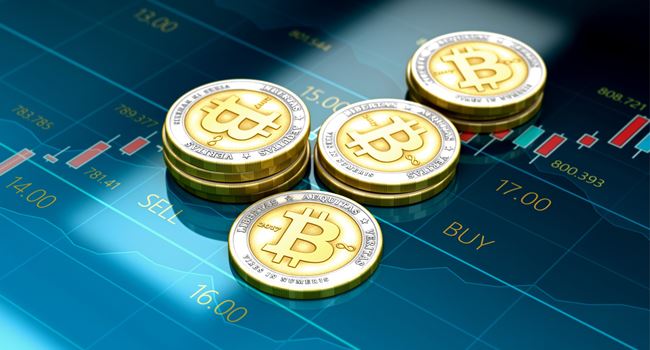 With noticeable surge in the bitcoin community, despite the Central Bank of Nigeria’s refusal to recognise cyptocurrency as a legal tender, investing in bitcoin is making a number of risk-ready people millionaires by the day.

One of such persons is Nigeria’s Daniel Adekunle, CEO of Blockstale, a Bitcoin Teller Machine vendor company.

Daniel’s company, Blockstale, is the first bitcoin ATM company in the country that is pivoting the technology to enhance the bitcoin business in Nigeria.

Through this deployment, more folks can find simpler ways to enter into the cypto market even without much technical knowledge as the ATM technology has simplified the process, and reduced the challenge of selling and buying the commodity.

While Daniel, through his Blockstale company, is investing a lot in the commodity, he is aware of how risky a venture the business is. The CEO aptly captured his fears while citing CBN’s reservations and the business’ characterised unpredictable features.

“CBN does not see cryptocurrencies as a legal tender but it is said to be a commodity. That literally means there isn’t a law that governs crypto operations yet so trading is at people’s own risk,” Daniel warned.

Beyond this, however, Daniel might have to live with other realities beyond his fears of unpredictable market flunctuations. And, probably realised soon enough that these new Bitcoin Teller Machines are not guaranteed safe anywhere they are placed, especially given government’s reservation on the legality of the Bitcoin as a commodity.

A good case, for Blockstale, to remember (and, perhaps, take cue from) is the 2015 U.S. incidence when a number of these machines were shut down in the State of Vermont owing to demeaning misinterpretations of its status by the government.

Financially, this might also be too much risk at a time. Given great volatility, as it is common with this market, we could have, for instance, Blockstale stock its machine on the face value of $10,000 only for the market to crumble to sell for $5,000. This might just be too much risk for the firm to handle.

More complicated terms are issues around resolving users’ complaints when they emerge. With government not seemingly interested in giving a listening ear to its activities, should a rift occur between a user and the company, what solution is put in place to ensure transparency in the process?

Blockstale must be aware that since 2013, when the first Bitcoin ATM was installed in Vancouver, Canada, this increasingly growing crypto sector has continued to hit its head on hard rocks as it thrives. Is Blockstale then ready and sufficiently capable to operate in a Nigerian setting?