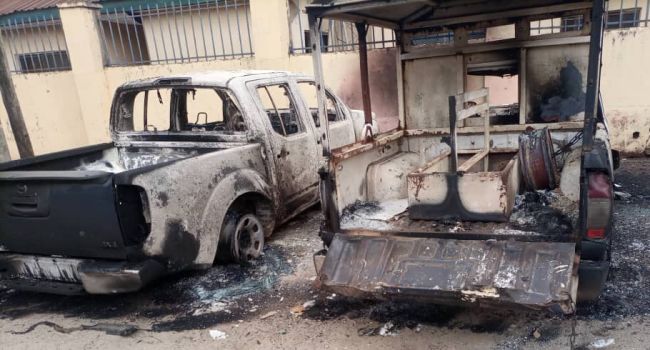 Aside from the officers killed which included two female officers who were reportedly burned to death by the rampaging gunmen, vehicles and buildings were also set ablaze.

The incident, according to eye witnesses, occurred at about 11pm when the gunmen in large numbers in three vehicles, stormed the police station and began shooting sporadically to scare away the few officers on duty.

On gaining access into the station, they reportedly shot at the officers who tried to put up a fight and set them on fire before burning down some buildings and vehicles in the station.

Efforts to reach the Imo State Police Public Relations Officer (PPRO), Michael Abattam, before going to press were abortive as calls and text messages sent to his phone were not responded to.

Related Topics:gunmenimo police station
Up Next

Man robs 6 women of phones worth N4m in Lagos