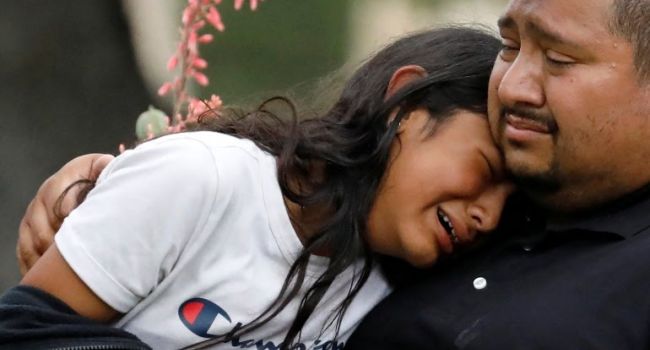 Twenty one people comprising of 19 school children and two adults, have been confirmed dead after a gunman opened fire in a Texas primary school which teaches children aged seven to 10, on Tuesday.

The attack at the Robb Elementary School in Uvalde, a small community in the south of the Texas state, just a few days before the end of the school year, according to the police, was carried out by a gunman identified as 18-year-old Salvador Ramos, who was also shot dead by police.

The 18-year-old suspect was reportedly armed with a handgun, an AR-15 semi-automatic rifle and high-capacity magazines, and was suspected to have shot and killed his grandmother before going on the school-shooting rampage, investigators say.

The Uvalde Consolidated Independent School District Chief of Police Pete Arredondo said the shooting began at 11:32 local time on Tuesday, adding that investigators believe the attacker “did act alone during this heinous crime”.

While reacting to the incident, Texas Governor Greg Abbott said the gunman abandoned a vehicle before entering the school to “horrifically, incomprehensibly” open fire.

In a speech from the White House, President Joe Biden said he was “sick and tired” of responding to mass shootings, while calling for gun control.

“How many scores of little children who witnessed what happened – see their friends die, as if they’re in a battlefield, for God’s sake? They’ll live with it the rest of their lives,” Biden said, before ordering that flags at the White House and other US federal buildings be flown at half-mast in honour of the victims in Uvalde.

Ugandan President blames US, Russia for high cost of living