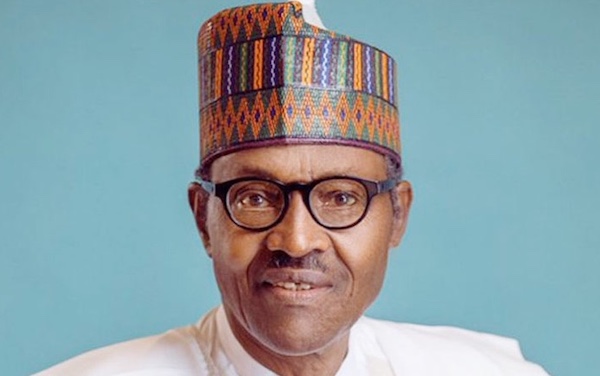 International magazine, The Economist has attracted the anger of the Buhari Media Organisation, BMO, over it’s latest poverty report on Nigeria.

The Pro- President Muhammadu Buhari group, tagged the magazine a “shameless Inquisitor and an unveiled stakeholder in Nigerian affairs”.

According to the BMO, the magazine was only masquerading as an objective analyst.

The group further dismissed the report as a mere aggregation of common-place and ill-sourced data, adding that the magazine has been engaging in frivolous election outcomes prediction, which it said had continued to fail.

“This is in the light of The Economist sensational off-the-mark prediction that incumbent President Muhammadu Buhari would lose the 2019 Presidential election to Alhaji Atiku Abubakar, a serial presidential elections loser”, the group said.
The BMO stated this in a statement signed by its Chairman, Niyi Akinsiju and Secretary, Cassidy Maduekwe on Wednesday in Abuja.

The statement reads in part: “The Economist’s latest report on the state of poverty in Nigeria is a sheer agglomeration of ill-thought and no reference sources of both primary and secondary data, merely targeted at deriding the present administration in a vicious bid to serve its predetermined agenda. There’s absolutely no way that agglomeration of jaundiced submissions glorifying unverifiable data will pass the test of objectivity and professional analysis

“Viewed against the background of its obvious efforts to cause disaffection against the person and administration of the Buhari government through its various rabble-rousing analyses and reports, it is no surprise that the international news medium has joined the bandwagon of motor-park analysts.”

Read also: Gbajabiamila insists he has never been convicted for fraud

“The only entity known to determine not only the international poverty line but undertake poverty headcount ratio is the World Bank, and as it were, the outcome of the last poverty headcount conducted across countries of the world was published and circulated in 2015. It is in this report that Nigerians living in extreme poverty was stated at 86.9million. This was the last of the ruinous years of the People’s Democratic Party in government

“We dare The Economist to make public a World Bank conducted poverty headcount between 2016 and 2019. For clarity, the last headcount was conducted based on an international poverty line value if $1.90 and a 2011 Purchasing Power Parity. What is obvious from this is that the 86.9 million Nigerians living in extreme poverty were generated during the ruinous years of the Peoples Democratic Party.

“We dare The Economist to make public a World Bank conducted poverty headcount between 2016 and 2019. For clarity, the last headcount was conducted based on an international poverty line value if $1.90 and a 2011 Purchasing Power Parity. What is obvious from this is that the 86.9 million Nigerians living in extreme poverty were generated during the ruinous years of the Peoples Democratic Party.

“If The Economist had been a group of conscientious researchers and analysts as flaunted, it would have known that the World Bank is yet to release another report on poverty headcount. The so-called Datalab figures referenced in The Economist analysis are mere estimators with no known methodology.

“Whatever the Economist thought it had said in its review is not new, it is just a narrative of false data analyses, misrepresentation of facts and putrid nonsense that had been circulated by opposition figures in Nigeria”, said the BMO.

The group further the debt to GDP ratio published by The Economist, which it said was sensationally put at 28 per cent rather than the validated 21.6 per cent that it is.

“Nothing can be more unfortunate than The Economist’s imprudent repudiation of facts and figures, but we see through them and we are very conscious of their antics like other such irreverent international media platforms assaulting the Nigerian people with cash motivated reports”, the group added.