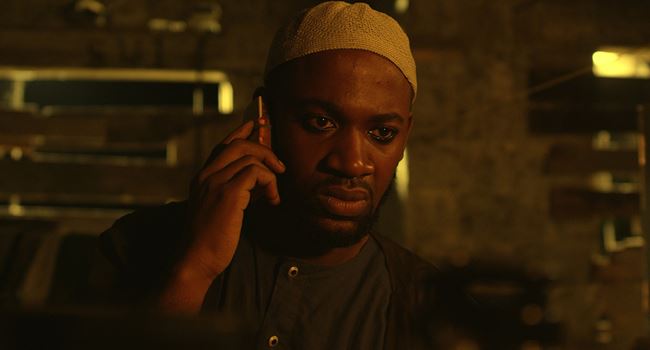 The Delivery Boy’- a Boko Haram inspired story written and directed by Adekunle “Nodash” Adejuyigbe and produced by Something Unusual Studios is set to premiere on American media-services provider and video streaming company, Netflix.

A quick scan on the website of Netflix features ‘The Delivery Boy’, a movie starring Jemima Osunde (Nkem) and Jammal Ibrahim (Amir) which dwells on the backstory of Boko Haram terrorists and weaves in societal questions, as one of its most recent additions in its ‘Thriller’ category.

The movie which got 12 nominations at the last AMAA Awards and has been screened at over 10 local and international Film Festivals in the last two years, focuses its lens on child rape, homosexuality, sexual harassment, prostitution, terrorism and religious intolerance.

In the movie, Amir (lead character), a teenage orphan boy, runs into a young girl while trying to escape a mob. She is a prostitute with an agenda and he has a bomb vest under his dress. They are both running out of time and they soon realise they need each other to achieve their goals.

Before the night ends, they will have to contend with each other, Amir’s group, the knowledge of the terrible secrets that made them who they are, and the consequences of living in a society that doesn’t care.

Their journey takes them through the underbelly of the city exposing the hidden backside of the African society and its dangerous culture of silence in the presence of evil.