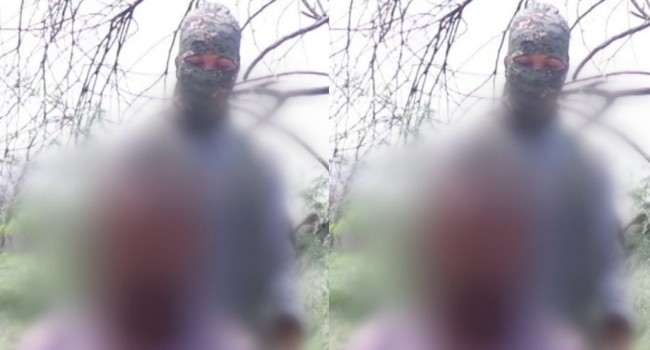 The Islamic State of West African Province (ISWAP), a faction of Boko Haram terrorists has killed a worker with the Action Against Hunger organisation.

The aid worker was among the six staff of the international humanitarian organisation, abducted two months ago by the terrorists.

Nigerian journalist, Ahmed Salkida, who disclosed this in a post on his Twitter handle said that the insurgent group also threatened to kill the remaining five aid workers still in its custody.

The terrorists said they killed the aid worker because “the government deceived them.”

Salkida wrote this: “Just In: #ISWAP has executed one of the six aid workers, working with the Action Against Hunger that were abducted two months ago in Borno. One of the male aid workers was executed at close range in a short video clip seen by this reporter.

“The group, in a horrific video of the execution, said it took the action because “the government deceived them” following months of what is now known as secret negotiations between a team of intermediaries and unnamed officials.

“ISWAP has also threatened to execute the other remaining staff of the International Non Governmental organization (ACF/AAH).

“Recall, the INGO was declared persona non grata last week by the @HQNigerianArmy for aiding terrorism in the region, an allegation the INGO denied.”