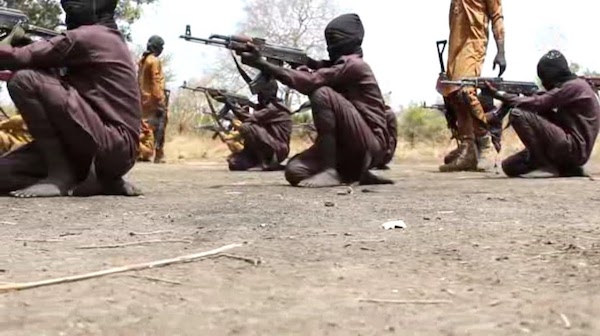 The dreaded Boko Haram terrorists have released a video where children as young as 10-years-old were seen being trained in the art of combat and insurgency in what it tagged ‘Next Generation Fighters’.

In the alleged training video, the child soldiers are seen being trained with sophisticated weapons like AK-47 rifles and Zastava M21, a very powerful weapon described as a series of 5.56×45mm NATO firearms developed and manufactured by Zastava Arms in Serbia.

The Zastava M21 built based on the Kalashnikov design, has appeared in previous pictures shared by Boko Haram factions or reported to have been looted from various military formations across the north and in the Cameroon.

There were at least two instructors and one child had what appeared to be the Zastava M21, likely captured from Cameroonian security forces.

A section of the 16 minutes and 40 seconds video which was recorded in Hausa and Arabic languages also showed religious education and indoctrination sessions.

Related Topics:#featuredBoko Haram
Up Next

Zamfara students’ abduction will be the last in Nigeria – Buhari