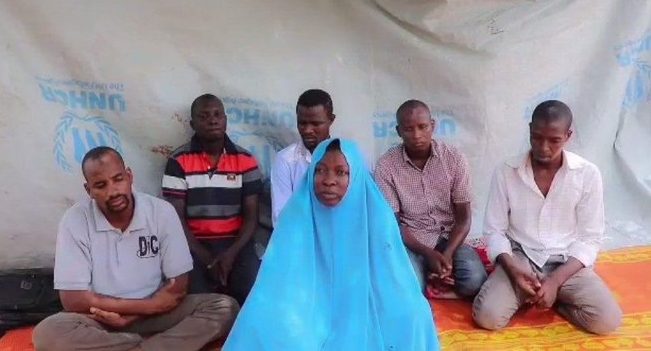 The insurgents abducted the aid workers since July 2019, in the Nigerian North East region.

Their eventual killing by the terrorists was revealed by a journalist with access to the terror group, Ahmed Salkida.

In a post on his Twitter account- @A_Salkida on Friday, Ahmed said that the only female among the kidnapped aid workers, Grace Taku, was not killed.

He however said that the terror group condemned her to “life of slavery.”

Read also: More troubles for Onnoghen as Presidency orders seizure of his passport

The tweet read, “Exclusive: ISWAP executes four more, releases video. All four are male humanitarian workers of Action Against Hunger abducted since July, 2019. The only female amongst them, Grace Taku, according to ISWAP, is condemned to life of slavery.

“ISWAP claims the execution was as a result of breakdown of talks with the government. ‘The government is not sincere and do not respect timelines,’ reports an ISWAP source. Taku’s fate is now the same with other Christian female captives with the terror group.”

Meanwhile, Acton Against Hunger has condemned the execution of the four hostages and called for the immediate release of the remaining hostage.