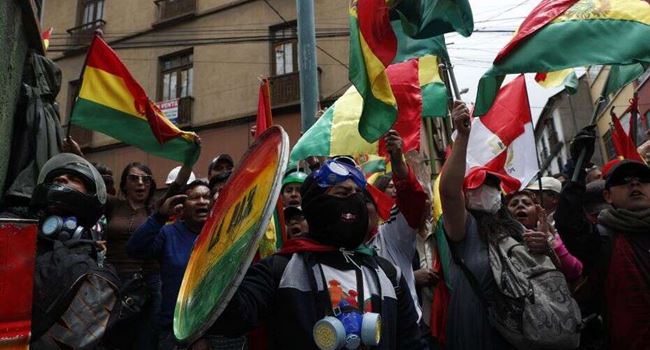 The ongoing protests in Bolivia took a dramatic turn when police guards “abandoned their posts” at the presidential palace and officers climbed a police station Saturday, displaying signs proclaiming “police with the people” amid nationwide unrest against President Evo Morales.

Reports said demonstrations were sparked in the South American country after the disputed victory of President Morales which was plagued by several allegations of voter fraud.

Opposition candidate Carlos Mesa rejected the results and urged Bolivians to protest in the streets.

Close watchers said Bolivia is now poised between electoral uncertainty and political turmoil amid growing concerns that election-day fraud may deny Mesa the chance to face incumbent president Morales in a December 15 runoff.

According to reports, Morales’s star was already fading, in the wake of corruption scandals, leadership fatigue and economic anxiety with continuation of isolated incidents of violence and demonstrations by supporters of both sides raising the risk of more clashes.