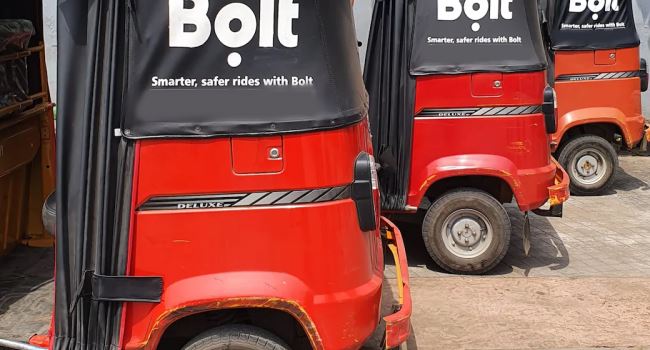 Bolt, formerly Taxify, that first launched its cab-hailing venture in Nigeria in 2016, is taking a new offering (tricycle services) to the people of Uyo with claims to solve the challenge of high cost of transportation in Akwa Ibom State.

This supposed expansion in business for Bolt comes on the heels of a $55.84 million fund secured earlier in January 2020 reportedly targeted to see to the global expansion of Bolt’s business.

While this event might be pointing to affirm the claim, past events for the Bolt company tells otherwise.

Bolt, by observation, is increasingly becoming famous for thrusting its foot into expansion by way of recovering from a relative dwindling revenue while doing business, especially when the competition gets stiffer.

Contrary to what the Bolt country manager, Femi Akin-Laguda stated during the launch of the tricycle services, Bolt’s chief product officer (Jevgeni Kabanov) seems to better express the fear and major desire of the company in his old post during the launch of Bolt Food in August 2019 to rival Uber in Tallinn, Estonia.

Carefully analysing statements of both principal officers of the company, Femi wants the public to believe that Bolt designs new offerings to solve problems when he said its “a renewed effort to solving local problems with globally tested solutions.”

On the other hand, in an interview with CNBC in August 2019, Kabanov hit the nail straight on the head that profit is the motivation for any move by the company.

According to Kabanov: “We (Bolt) would not do it (launch Bolt Food) if we did not believe that we have the opportunity to build a profitable business.”

He went further to expressively note that the company would leverage on the 25 million population count that presented itself in the market.

Reconciling facts while understanding how fierce the competition is in the ride-hailing space brings us to grasp the market demands, and the need for such expansion at a time like this, and in a space as Uyo, where Uber, InDriver or Opay don’t seem to be available.

With a potential market population of over five million people as of last count for Akwa Ibom State, Bolt can leverage its new presence to scale up revenue, which in recent times, has been hitting a plateau, hence the need to follow closely with a market expansion in an alternative unexplored market, as it were.

Defeat or expansion: Has Bolt opened up a new opportunity, and will Opay and Uber storm Uyo for market shares?