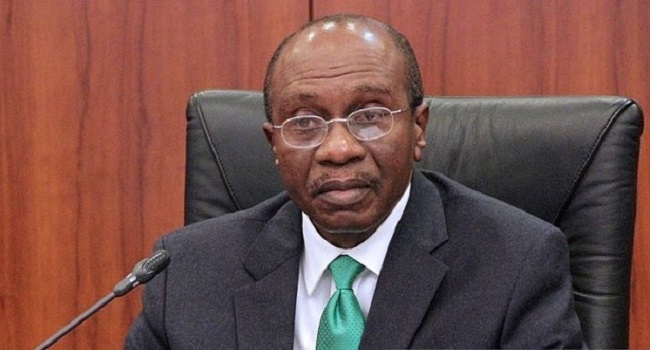 The end to the closure of Nigeria’s land borders may take longer than expected as the Governor of the Central Bank of Nigeria (CBN), Godwin Emefiele, on Monday said they will remain closed until Nigeria’s neighbours agree to implement mutual anti-smuggling policy.

Emefiele stated this after meeting with President Muhammadu Buhari at the Aso Rock Villa on Monday.

According to Emefiele, Nigerian rice and poultry farmers were particularly benefitting from the border closure, adding that they had been able to sell off accumulated produce, hitherto hindered by illegal importation and smuggling of the items into the country.

The CBN governor further noted that the situation had been undermining the Nigerian economy, explaining that the Federal Government was therefore resolute in keeping the borders closed until Niger and Benin Republic stopped using their ports as launch pads for smuggling items into the country.

He said: “In November 2015, President Muhammadu Buhari, the CBN and some state governors went to Kebbi State to launch the Wet Season Rice Farming. Since then, we have seen an astronomical growth in the number of farmers who have been going into rice farming and our paddy rice production has gone up also quite exponentially.

“Between 2015 and also now, we have also seen an astronomical rise in the number of companies, corporate organisations and individuals that are setting up mills, integrated mills and even small mills in the various areas.

“The CBN and the Federal Ministry of Agriculture and Rural Development has been in the forefront of not just only encouraging the production of rice in Nigeria but also funding these farmers by given them loans to buy seedlings, fertilizers or some of the herbicides that they need for their rice production.

“We have been embarking on a programme where we are saying if you are involved in the business of smuggling or dumping of rice in the country, we close your account in the banking industry. And that is working very effectively.

“Recently, and this is the absolute truth, about two weeks before the border closure, the chairman of the Rice Processors Association – incidentally , he owns Umza Rice in Kano – called me and said all the rice millers and processors had about 25,000 metric tons of milled rice in their warehouses.

“This rice has been unsold because of the smuggling of rice through Benin Republic and other border posts that we have in the country and that he would want us to do something about it.

“I was told also that after some meetings that were held in addition to those engagements that we (CBN) also held with President Muhammadu Buhari, the border was closed subsequently.

“A week after the borders were closed, the same rice millers association called to tell us that all the rice that they had in their warehouses had all been sold.

“Indeed, a lot of people have been depositing money in their accounts and they have even been telling them to ‘please hold on don’t even pay money yet until we finish processing your rice.’

“So, when you asked, what is the benefit of the border closure on Nigeria’s economy, my explanation on just two products – poultry and rice provide the answer. But apart from that the benefit is that it has helped to create jobs for our people, it has helped to bring our integrated rice milling that we have in the country back into business again and they are making money.

“Our rural communities are bubbling because there are activities, as rice farmers are able to sell their produce. The poultry business is also doing well, and also maize farmers who produce maize from which feeds are produced are also doing business. These are the benefits.

“We are not saying that the borders should be closed in perpetuity, but that before the borders can be reopened, there must be concrete engagements with countries that are involved in using their ports and countries as landing ports for bringing in goods that are smuggled into Nigeria.

“That engagement must be held so that we agree on the basis under which the borders will be reopened; what are the kind of products that they can bring into their countries because if those products that land in their countries are meant for their own local consumption, it is understandable.

“But the fact that those products that landed in their countries are then transshipped or smuggled into Nigeria is something that I am sure you all agree as Nigerians we should not allow to happen because it undermines our economy. It undermines our own desire to make sure that industries are alive and jobs are created in Nigeria.”