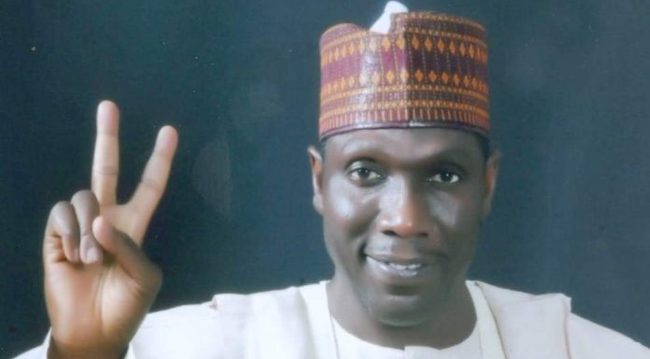 The All Progressives Congress (APC) in Borno State has confirmed the suspension of former Minority Leader in the House of Representatives, Mohammed Kumalia, for alleged anti-party activities.

Kumalia, who represented Maiduguri Metropolitan Federal Constituency, was suspended by his Limanti ward on Monday.

The APC’s Working Committee in the state confirmed the suspension in a letter signed by the State Publicity Secretary, Alhaji Makinta Zarami, and addressed to the ex-lawmaker on Wednesday.

The party said the claim by Kumalia that he had already sent a letter of resignation before his suspension was an afterthought.

The letter said: “Your purported letter of resignation dated 21st day of March, 2022 was not received by the party either in the ward, local government or state secretariats of the party.

“It is an afterthought on your part to cover up your deficiencies.

“The party further states that you remained suspended following the allegations contained in the letter of suspension from Limanti ward.”

Kumaila was suspended for taking the party to court in violation of article 21 (2)(xi) of the APC constitution 2022 as amended.

The APC also listed consistent engagement in acts that are inimical to the party contrary to article 21(2), and gross indiscipline as other offences committed by the ex-lawmaker.