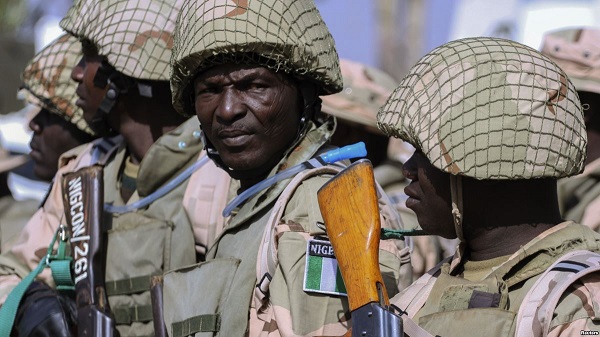 A total of 894 children, including 106 girls who were recruited into the Civilian Joint Task Force (CJTF) in Maiduguri, Borno state were on Friday released.

According to a statement by the United Nation children’s agency, UNICEF, the CJTF made the release as part of commitment to an action plan it signed in 2017, to end and prevent the recruitment and use of children.

The CJTF is a local militia formed in 2013 to help the Nigerian security forces in the fight against insurgency in North-East Nigeria, by protecting communities from attack.

UNICEF in its statement said: “Children of north-east Nigeria have borne the brunt of this conflict. They have been used by armed groups in combatant and non-combatant roles and witnessed death, killing and violence.

“This participation in the conflict has had serious implications for their physical and emotional well-being.”

According to the UNICEF, since the signing of the action plan in September 2017, the CJTF has released a total of 1,727 children and young people. Also, there has been no new recruitment of children by the CJTF.

Mohamed Fall, UNICEF Representative in Nigeria applauded the release stating that “any commitment for children that is matched with action is a step in the right direction for the protection of children’s rights and must be recognised and encouraged.”

He noted that “children of north-east Nigeria have borne the brunt of this conflict.

“They have been used by armed groups in combatant and non-combatant roles and witnessed death, killing and violence.”

The freed children will be enrolled into a reintegration programme with education and training to help them return to civilian life.

In the ongoing armed conflict in north-east Nigeria, more than 3,500 children were recruited and used by non-state armed groups between 2013 and 2017. Others have been abducted, maimed, raped and killed.

Finally, JAMB to release results of 2019 UTME on Saturday