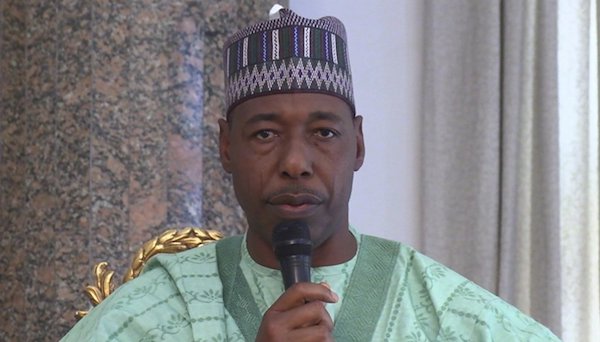 The Borno State Government on Sunday denied reports that there was a fresh attack on the convoy of the state governor, Babagana Zulum by elements of the dreaded Boko Haram insurgents.

The state government, through the governor’s spokesman, Isa Gusau was reacting to a report by an online news medium claiming that the insurgents, on Saturday, ambushed an advance team of the governor at Ja’alta along Gajiram-Monguno Road, killing seven soldiers and members of Civilian-JTF.

Gusau, in the statement on Sunday, said the governor traveled to Baga, spent a day supervising the distribution of food and other relief to thousands of residents and returned to Maiduguri safely with no hitch whatsoever.

The statement reads in part: “For the record, we write to quickly clarify that contrary to a “breaking news” by an online news medium, Governor Babagana Umara Zulum was neither attacked nor was any component of his convoy attacked by anyone.

“The governor was actually in Baga from Saturday to Sunday, during which he supervised the distribution of food and cash support to 5,000 residents and he assessed major reconstruction and resettlement efforts with no hitch whatsoever.

“While we continually accord respect to all media organizations as supportive partners, we importantly clarify that we have no knowledge of the breaking news” in question. As members of the public can testify, it is the culture and principle of Professor Zulum to say things as they are, and in this case, it is what it is – no attack whatsoever

“Any media organization that wants further clarification may wish to contact the Nigerian military. Meanwhile, Governor Zulum appreciates all well wishers, and he gratefully commends the armed forces and civilian volunteers for the relentless efforts to fully regain lasting peace in Borno State.”