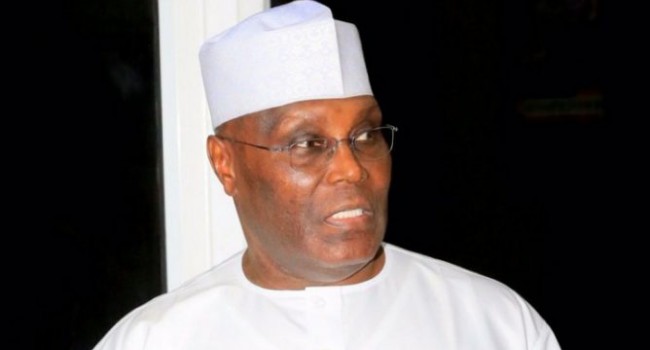 Former Vice President, Atiku Abubakar, has declared that there is compelling need to step up security and intelligence in the Northeast which is still an endemic region of terrorism.

Atiku made the comments in a post on Twitter (Wednesday) while reacting to the killing of Nigerians in Faduma village of Gubio Local Government Area of Borno State in northeast Nigeria by suspected Boko Haram terrorists.

He therefore called on the federal government led by President Muhammadu Buhari to step up security in the northeast.

“I am saddened by the despicable massacre of innocent Nigerians in Faduma Kolomdi in Borno State.

“There’s a compelling need to step up security and intelligence in the Northeast which is still an endemic region of terrorism.

This came days after the son of Atiku Abubakar revealed that his father would again run for the office of Nigerian president in 2023.

The former vice president’s son, Adamu Atiku-Abubakar, disclosed this when he presented the scorecard of his ministry as the Commissioner for Works and Energy in Adamawa State.

Related Topics:AtikuBorno State
Up Next