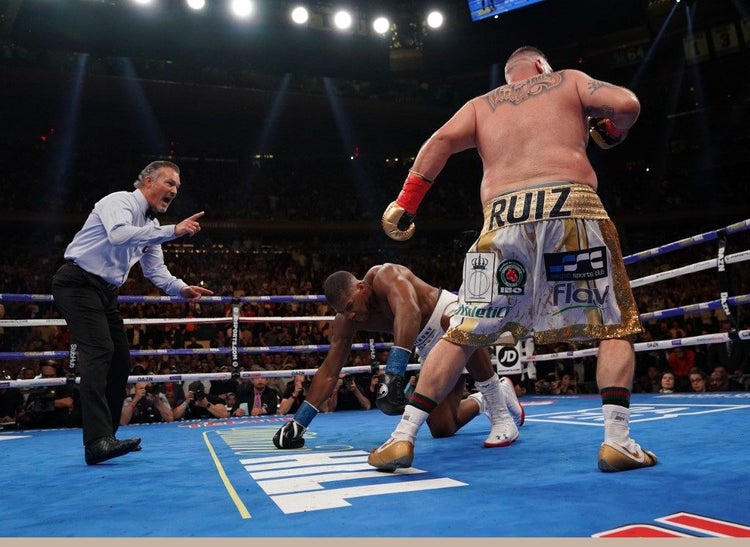 Anthony Joshua’s reign as the holder of three heavyweight world titles came to an abrupt end early Sunday, after he was knocked down fours times by Mexican Andy Ruiz.

Joshua’s defeat came on the day of his debut fight in the United States. The fight held at Madison Square Garden.

For Ruiz, it was a huge upset, as he came into the fight as a massive 20-1 underdog, but went ahead to to knocking down Britain’s Joshua four times to take the World Boxing Association, WBA, International Boxing Federation, IBF and World Boxing Organization, WBO, titles.

The fight was stopped in the seventh round by the referee after Ruiz knocked Joshua down for the fourth time.

Ruiz, who was also knocked down once, sent Joshua to the canvas twice in the third round before another double knock downs in the seventh.

The defeat in the hands of Ruiz is Joshua’s first in his professional career, as he had maintained 22 unbeatrn run as against the Mexican who has won his last four fights.