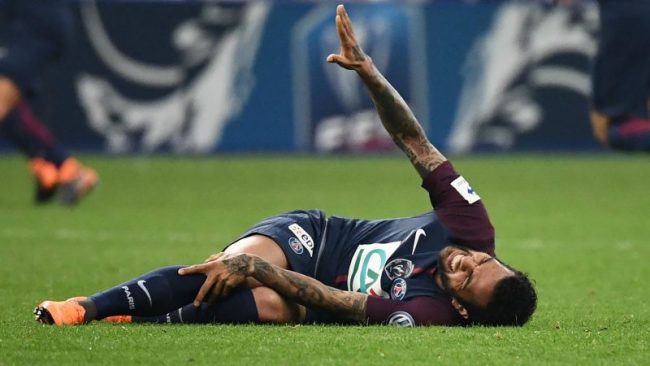 The 35-year-old damaged the cruciate ligament in his right knee in PSG’s French Cup final win this week.

It was hoped he would recover in time for the tournament in Russia but the Brazilian federation said on Friday that it was “impossible.”

“Considering the alternative recovery options within the timeframe, it confirmed the impossibility of calling Daniel Alves up for the period of preparation, friendlies and the World Cup.”

The former Barcelona and Juventus defender has won 106 caps and played in the 2010 and 2014 World Cups.