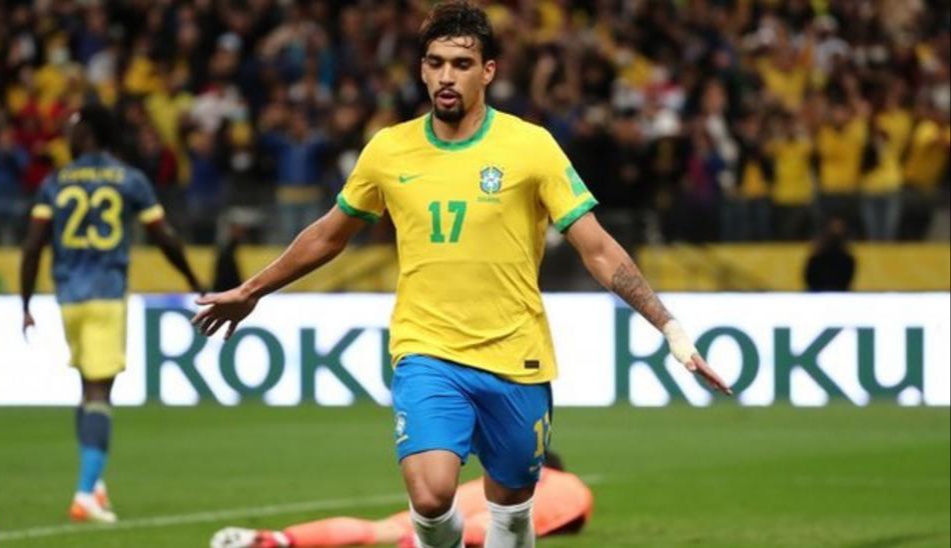 Brazil became the first South American nation to qualify for the FIFA 2022 World Cup with a 1-0 home win over Colombia.

Brazil are the most successful national team in the history of the World Cup, having won five titles, and have appeared in all editions of the competition.

Lucas Paqueta scored the only goal at Neo Quimica Arena in Sao Paulo for the five-time World Cup winners.

The Lyon midfielder finished off a move involving Paris St-Germain pair Marquinhos and Neymar on 72 minutes.

Brazil still have six qualifiers to play, but have dropped just two points from their 12 games and are nine points clear of second-placed Argentina.

“This is the result of all the hard work we’ve been putting in,” 24-year-old Paqueta told Brazilian television network SporTV.

“Qualifying for the World Cup was our main objective and we achieved that today.”

Brazil’s next qualifier is away to Argentina in San Juan on Tuesday.

Recall that a game between the two countries in September had been suspended after officials stormed the pitch to enforce some COVID-19 rules in the country.