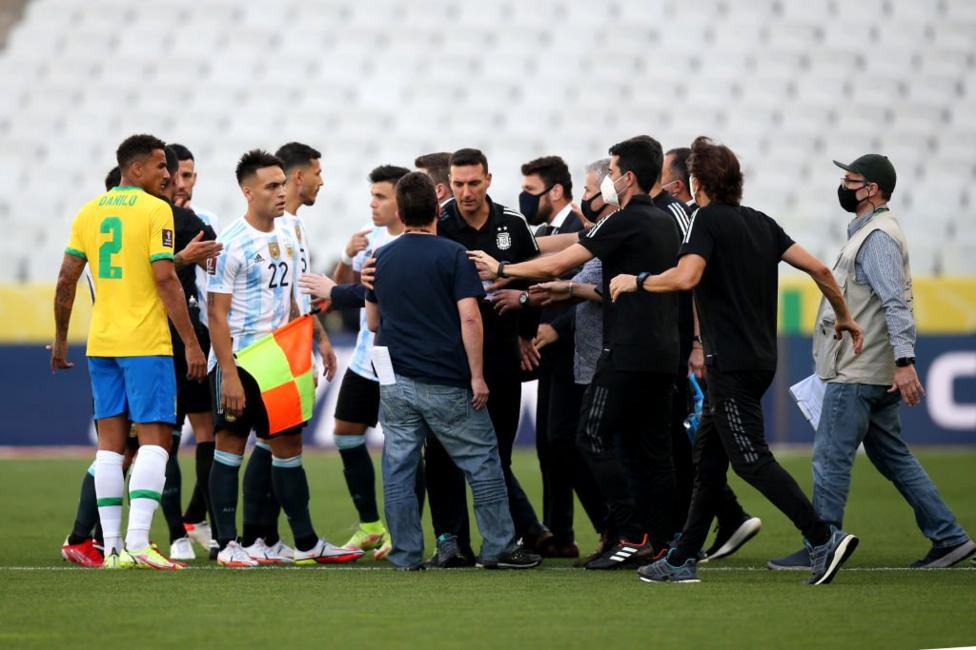 The biggest game of this international break, which is the 2022 FIFA World Cup qualifier between Brazil and Argentina, has been suspended.

The game was already few minutes on when Brazilian health officials objected to the participation of three Argentine players they believe broke quarantine rules.

Argentina squad would later walk off the pitch at the Corinthians arena in Sao Paulo after the officials came out to stop the game.

South American football’s governing body Conmebol said in a statement: “By decision of the match referee, the match organized by Fifa between Brazil and Argentina for the World Cup Qualifiers is suspended.

“The referee and the match commissioner will submit a report to the Fifa Disciplinary Committee, which will determine the steps to be followed. These procedures strictly adhere to current regulations.”

All of these happened hours after Brazil’s health authorities had said four England-based players for Argentina had to quarantine.

Under Brazilian rules, visitors who have been in the UK in the 14 days before entering the country must quarantine for 14 days on arrival.

But there has been no date given for the rearranged fixture, as world football governing body, Fifa only said “further details will follow in due course” after confirming the suspension.

Argentina will play their next World Cup qualifier – at home to Bolivia on Friday, 10 September.

Related Topics:argentinabrazilWorld Cup qualifier
Up Next