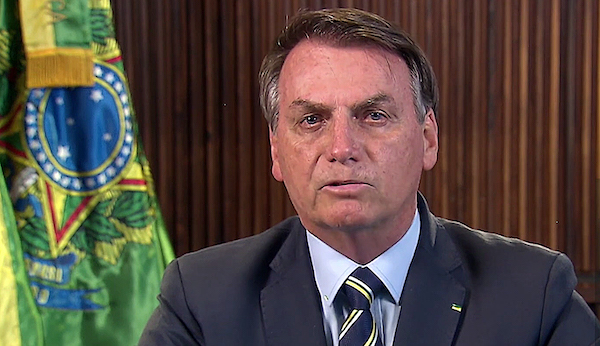 Members of Brazil’s left have demanded president Jair Bolsonaro’s resignation after what was considered a cynical and irresponsible response to the global coronavirus pandemic.

The President was reported to shunned his health minister’s plea to enforce social distancing saying: “We will all die one day”

He has been accused to have willfully downplayed the severity of the global concern and watered down efforts to shutdown and quarantine.

According to a manifesto published on Monday morning by some of the President’s political opponents, Bolsonaro’s behavior will cost the country a high mortality rate in days to come.

The document read: “Brazil and the world are facing an emergency unprecedented in modern history … [and] in our country the emergency is exacerbated by an irresponsible president. Jair Bolsonaro is the greatest obstacle to urgent decisions being taken to reduce the spread of the infection [and] save lives,”

“We need unity and understanding to face up to the pandemic, not a president who goes against public health authorities and puts his authoritarian political interests above the lives of everyone else.

However, Bolsonaro has replied criticisms to his response saying he was only trying to protect workers and the economy adding that the virus was going to be tackled appropriately and not with kids gloves.