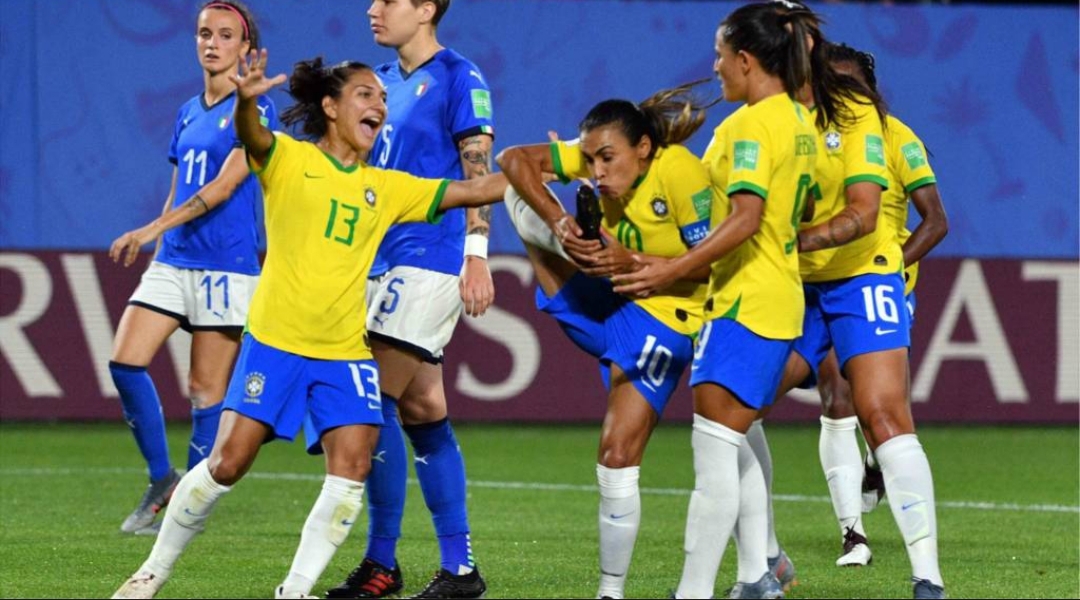 Marta has become the all-time leading goalscorer at the FIFA World Cup after her goal earned the Brazil Women’s team victory over Italy.

The goal, which increased her tally to seventeen goals at World Cup finals, helped her team advance to the round of 16 at the ongoing Fifa Women’s World Cup in France.

Brazil had begun their campaign with a win over Jamaica but were stunned 3-2 by Australia in their second game, before securing the win over Italy to finish third with 6 points.

Six-time world player of the year Marta celebrated by kissing her boot after breaking the World Cup finals goalscoring record.

The Reggae Girls of Jamaica crashed out of the competition after losing 4-1 to Australia in the group’s other game, which took Australia to second spot and Italy as group winners.

As it stands, Italy will play against the Super Falcons of Nigeria or against China – depending on the team that makes it to the round of 16.

Australia will face Norway, the runners-up up of Nigeria’s group A.

Brazil are likely to play France or Germany in the knockout round.

AFCON 2019: ‘Do not take any team for granted’ – Pinnick warns Super Eagles