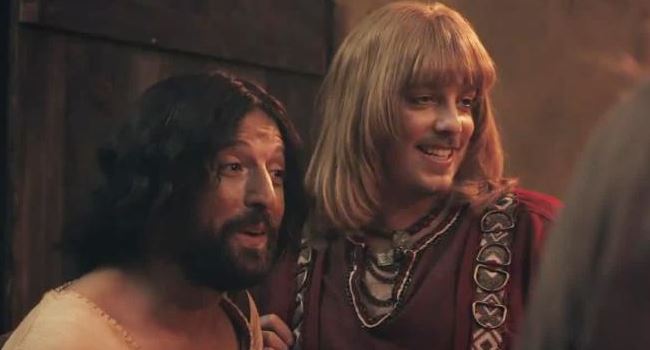 A temporary injunction issued to streaming service,Netflix to pull down a controversial movie where Jesus was depicted as gay has been overturned by a Brazil Supreme Court judge.

Judge Antonio Diaz Toffoli, head of the Supreme Federal Court on Friday, January 10, rejected a decision to stop Netflix from showing the controversial movie, “The First Temptation of Christ”, depicting Jesus Christ in a gay relationship.

Netflix immediately filed an appeal to Brazil’s highest court on Thursday after a judge issued a temporary injunction for the streaming service to pull down a comedy that depicts Jesus Christ as gay.

“We strongly support artistic expression and we will fight to defend this important principle, which is the heart of great stories”, a spokesperson for the on-demand platform which has 158 million paid memberships in over 190 countries said after the appeal was filed.

The controversial movie titled “The First Temptation of Christ”, produced by Brazilian comedy group Porta dos Fundos, has generated strong criticism from conservative politicians in the mainly Catholic country, the church itself and from evangelicals.

In a statement, Porta dos Fundos said it “opposed any act of censorship, violence, illegality, authoritarianism” and vowed to continue broadcasting its work.