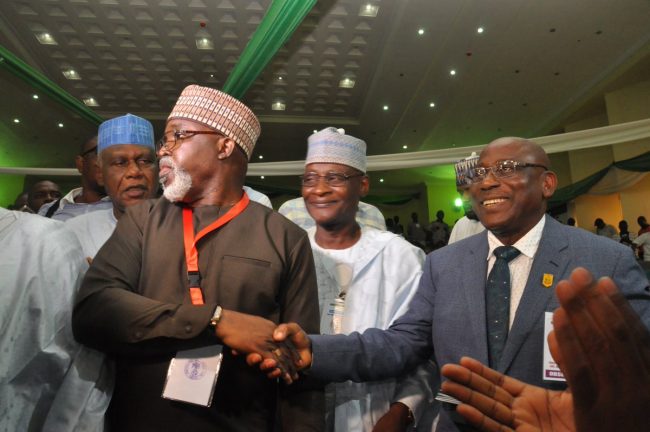 Incumbent president, Amaju Pinnick has been elected as president of the Nigeria Football Federation (NFF) for the second time during the congress held in Katsina on Thursday.

They all made up the 44 delegates that constituted the electorates in the elections.

According to the electoral committee, the winner must get at least 23 votes (50% + 1 of the electorates), but Pinnick got a whooping 34 votes against 8 votes for Maigari, 2 for Ogunjobi and 0 for Okoye.

It is also worthy of note that representatives from the International Federation of Association Football (FIFA) and the Confederation of African Football (CAF) were present in Katsina as observers at the elections.

Pinnick now becomes the first-ever president of the Nigerian Federation to do a second term, as he will captain the football ship for four more years.

Meanwhile, Barrister Seyi Akinwunmi has also been re-elected to the NFF board as the 1st vice-president with 41 votes out of 44.