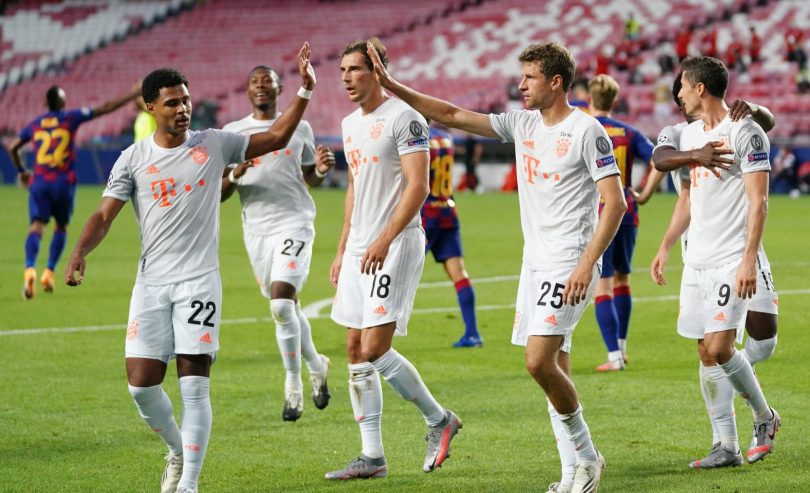 Spanish giants, Barcelona are out of the Champions League after they were humiliated by Bundesliga champions, Bayern Munich in the quarterfinal.

It was an utterly one-sided quarter-final tie in Lisbon that saw Bayern win fellow European heavyweight 8-2.

Barca were overpowered from start to end of the game, with the Quiqui Setien side managing only seven shots against 26 of their opponents.

Bayern led 4-1 at halftime, with a brace by Thomas Muller and a goal each by Ivan Perisic and Serge Gnabry setting them on their way to a remarkable victory

The German side added another four in the second half, with Barcelona loanee, Philippe Coutinho scoring two late goals after coming in as a substitute.

Barca’s goals were scored by Luis Suarez, who netted after the break to give the Spanish side hope at 4-2, and David Alaba who scored an own goal earlier in the first half to make it 1-1

But the high-pressing, energetic and ruthless Bayern became the first side to score five against Barcelona in a European Cup/Champions League game.

Bayern will find out their semi-final opponent on Saturday, when England’s Manchester City face French side Lyon.