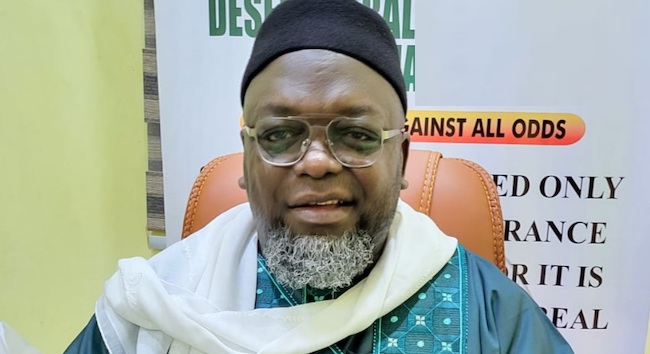 A court has approved an application from the Department of State Security (DSS) to detain arrested journalist, Tukur Mamu for two months while it conducts its investigations.

Tukur was a negotiator between terrorists and families of kidnapped passengers of an Abuja-bound train.

The ex-parte application forwarded by Ahmed Magaji, the DSS’s attorney, was granted by Justice Nkeonye Maha in a brief decision.

In a motion dated and filed on September 12 and marked FHC/ABJ/CS/1617/2022, the security organisation pleaded with the court to grant its requests so that it could wrap up its investigation into Mamu, who was in charge of negotiating the release of the train passengers from Abuja to Kaduna who had been abducted in March.

On September 6, Mamu and his family members were detained in Cairo, the capital of Egypt, by foreign security personnel.

Mamu was stopped at Cairo International Airport before being returned to Nigeria while en route to Saudi Arabia for the smaller Hajj.

On Sunday, the DSS issued a warning to Nigerians against commenting on Mamu’s arrest.

Peter Afunanya, the agency’s spokesman, pleaded with the public to respect the agency’s privacy so that it may focus on the investigations, the results of which, according to the agency, have been “mindboggling.”

This occurred just hours after the arrest of the negotiator was criticised by the Islamic cleric Sheik Gumi, to whom Mamu is an assistant.

Gumi at a religious gathering on Friday in Kaduna, requested that the security agency charge Mamu to court if it had any evidence against him , rather than keeping him in detention.

Reacting in its statement, the security outfit said, “The DSS has followed, with keen observation, overzealous comments by sections of the public in view of issues relating to the arrest and investigation of Tukur Mamu.”

“The service wishes to state that it is not distracted by some of the skewed narratives pervading the media space. Instead, it requests to be left alone to concentrate on the ongoing investigations, the outcomes of which have remained mindboggling.”

“Meanwhile, the service will cease further comments on the subject matter since the court will determine its course.

“Consequently, the public is hereby enjoined to desist from making unguarded utterances and await the court proceedings.”

Related Topics:DSSTukur Mamu
Up Next