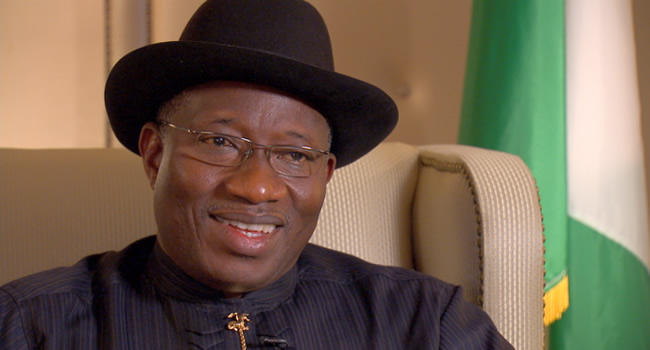 Former President Goodluck Jonathan is eligible to run for president in 2023, according to a Federal High Court ruling in Yenagoa, Bayelsa State.

Justice Isa Hamma Dashen, the presiding judge, handed down the decision on Friday.

Two members of the All Progressives Congress (APC), Andy Solomon and Idibiye Abraham , had asked the court to stop Jonathan from running for president, citing Section 137, (1b) and (3) of the 1999 Constitution.

The Section specifically states that a person cannot take an oath for the office of President more than twice, whether elected or constitutionally appointed to complete the term of a president.

He added that even in Section 137 (1b) and (3), the constitution did not expressly indicate whether the statute should be enforced retroactively or not.

The judge said: “The office of president is different from that of the vice president. And that is how the election into the two offices are different.

“Jonathan was constitutionally appointed to complete the office the late president, Umaru Musa Yar’adua. And when Jonathan took the oath of office in 2010 there was no general election in Nigeria.

“The only time he took the oath of office through election was in 2011. And in 2014 Cyriacus Njoku took Jonathan to court and the appeal court found that he was eligible to contest the election.

“And after that judgment, there has been not further appeal on the matter. This simply means that if he had not lost the 2015 election, he would have taken the oath of office twice without any legal impediments.

“I have taken the pain to go through the law, and there is nowhere the legislature stated clearly that this section should be applied retrospectively.

“Based on these facts, the court holds that the suit seeking to declare the first defendant, Jonathan ineligible to run for office of president for a second term, is dismissed.”

Hours after dropping out of party’s primaries, Abaribe resigns from PDP